Marian Keyes: I can die happy now I have hair extensions

Sudden Wild Enthusiasms: ‘After hours of soul-searching, the only thing I truly yearned for was hair extensions’ 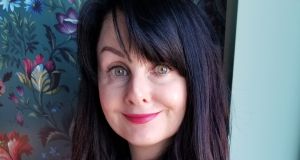 It was my birthday six days ago (as I write.) I’ve never minded getting older, but for whatever reason, it suddenly struck me that I really was knocking on a bit.

Himself, who is 11 months older than me, has been making ominous noises for the past couple of years about seizing the day. “If there’s anything you want to do with your life, do it NOW,” he keeps saying, as he clanks away, kitted out like Shackleton, to climb yet another mountain.

So I did some serious thinking. Did I want to travel? Jump off high things? Dive under oceans? No. No and no. Adrenaline is no friend of mine: a peaceful life, lying on my couch, watching telly, is when I’m at my happiest.

After many hours of soul-searching, I discovered that the only thing I truly yearned for was hair extensions. Yeah. Dream big. I know.

Hair extensions have a bad rep: raggy synthetic horrors worn by the cast of TOWIE or ruinously expensive real hair stolen from the scalps of misfortunate girls living in appalling poverty. Research told me I should get real hair but ethically sourced.

Further research convinced me that I should get “The Tape” extensions. (Instead of them being “bonded” with heat to my own hair, they’re simply stuck on using some uber-strength hair sellotape.) They’re lighter than old-skool ones and won’t destroy my own hair.

I happened to be in London when I made my momentous decision and it was totally by accident that I ended up in the hands of Irish woman Jordan Mooney. She works at Daniel Hersheson’s saloon, but comes back to Ireland every month to do people who went into mourning when she left Dublin.

I’d expected I’d be in the saloon for literal days – but the whole process took just an hour and a half. And oh. My. God.

Generally speaking, I am scourged by unrealistic expectations. Which means that a lot of my life is lived in bitter disappointment. But not this time! My new hair looks as if it’s my own, only, ya know, FABALISS.

It’s long – like, really long – and swishy and shiny with health. It’s Little Mermaid hair, it’s Disney princess hair. It’s bizarrely lightweight, matches my own in colour and the texture and has already brought me so much joy. “You’d never know it’s fake!” That’s what people keep saying to me.

(Also, it’s the gift that keeps on giving – like with a beard, I keep getting bits of food trapped in it. Something I need to keep an eye on.)

Apparently, it’ll last six to eight weeks, but the hair can be re-used three more times.

(If you’re interested, the brand Jordan used is Great Lengths and lots of places in Ireland do it.)