Kids’ stuff: back to school wear 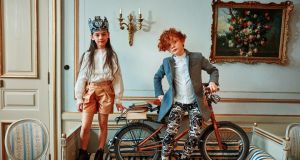 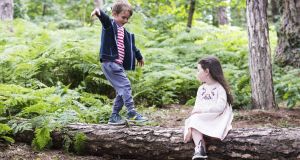 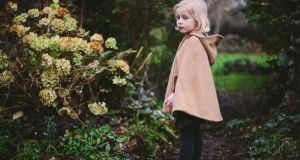 Kids are big business these days. Childrenswear is now overtaking both womenswear and menswear in the global market which grew by 6 per cent last year and is now worth more than €135 billion.

This means that more and more companies from the high street to top-end designer wear have childrenswear in focus, fuelled by the so-called mini-me trend, online shopping and, in the era of social media, the junior offsprings of celebrities becoming extensions of their parents’ brands.

There are even fashion shows similar to adult versions at the world’s largest childrenswear fair in Florence, a three-day event with the unfortunate title of Pitti Bimbo. It attracts more than 10,000 international buyers from 78 markets.

For Irish buyer Jenny Erwin of Arnotts childrenswear department, the most important thing is to find clothes that appeal both to the parent and the child. “They have to be cool, colourful and fun and practical details like weatherproofing and reflective taping are essential as well as longevity and cost per wear.”

The store stocks more than a dozen brands, mostly European, and the autumn winter season is when coats are the biggest sellers.

“People don’t come to us for everyday wear, but for branded pieces and the mini-me in menswear like Hugo Boss, when the boys’ dads are wearing the same is big time. Girls are not as brand loyal and are more drawn to colourful items,” she says.

Designer Leigh Tucker, whose Willow collection for Dunnes Stores was launched three years ago, says she designs with her own children in mind.

“I think that some high- street brands are too grown-up in style. I want to keep them as kids and I don’t like to be promoting Disney. You discover when designing [for the high street] that all girls like pink, for example, and printed dresses are the first things to sell”, she says.

“Clothes for kids can’t be too fancy – and if they can’t go down a slide in them, they won’t work.”

For boys, clothes have to be more functional and comfort is a priority. “We keep colour quite strong and what works best is a hoodie with cuddle lining and pants with sweatshirt backs.”

Some of the international brands have a clearly defined look for both children and adults, such as the latest Studio by H&M, which was inspired by Swedish folk tales and is strong on detail and folkloric embroidery, a theme that plays to the mini-me trend.

In October, River Island will be launching a collection of children’s wear designed by the model and blogger Julia Restoin Roitfeld (daughter of the celebrated Vogue Paris editor Carine Roitfeld), based on what she wore and loved as a child.

Paris was first to set the trend, with Dior extending its reach into childrenswear nearly 50 years ago with Baby Dior.

On the other side of the Atlantic, Ralph Lauren didn’t follow until 1978, but the big surge was in the 2000s which saw brands like Marc Jacobs, Stella McCartney, Lanvin, Fendi, Gucci and Burberry launch childrenswear, with Dolce & Gabbana following suit in 2012.

From about 60 labels in 1997 aimed at well heeled juniors and their parents, the number has now swelled to about 600.

Here in Ireland, KID is a promising new initiative, a recently opened collective in the Powerscourt Centre which brings together 10 Irish sustainable established and emerging childrenswear brands.

Joining them this week is Elks, designed and made by Lucy Clarke in Rathmines using Irish fabrics like tweed, linen and wool.

“This is a really exciting time for childrenswear generally,” she says. “Irish childrenswear mostly falls into the luxury end solely because it is made ethically in Ireland, so while childrenswear is rapidly expanding everywhere, it is symbiotic, with people becoming more interested in dressing their children and more aware of their choices, so it is good for everyone.”

However, brands that have started up as childrenswear, she argues, are more connected to the increase than those of the high street wanting to extend their reach. “When childrenswear is designed by parents, it is a very different product.”