Fashion: Get your groove on with 1970s look 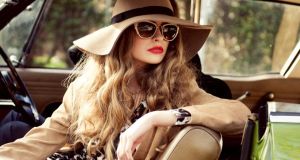 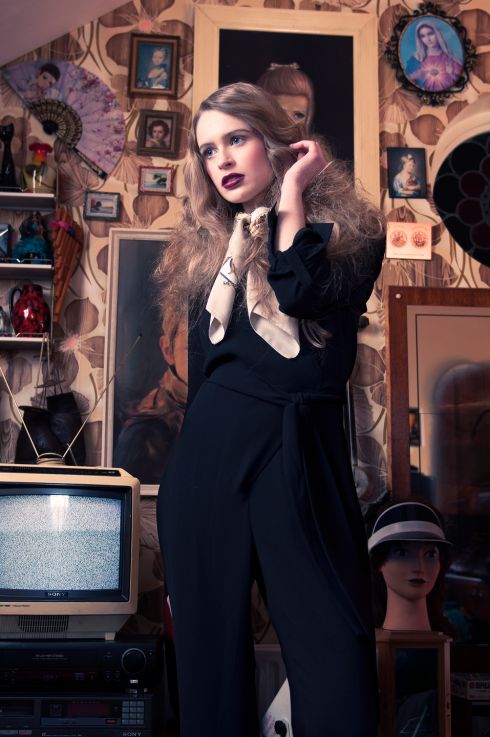 If there’s one period that continues to dominate present day fashion it’s the 70s as this shoot styled by Carmel Daly illustrates. The vogue reached a crescendo when Hedi Slimane took control of YSL in 2012 and gave its old sensibilities a modernist kick, mixing, as one commentator put it, “rocker cool with Parisian craft”. Navigating the trend means avoiding treating it too literally, however. (Black jumpsuit, €516 Diane Von Furstenberg. Scarf, €7.00 H&M)

Like Yves St Laurent who put women into tuxedos and safari jackets more than forty years ago, Slimane is attuned to current street style and culture - particularly androgyny - and knows how to refresh it. The black floppy hat seen everywhere on today’s streets (with short dresses, high boots and shades like the combinations here) is just one visual reminder of the disco decade and a throwback to YSL’s rule of the catwalk. And no one cuts a leaner, sharper trouser. Slimane knows how to woo his market, a different generation of party girls but with similar impulses. 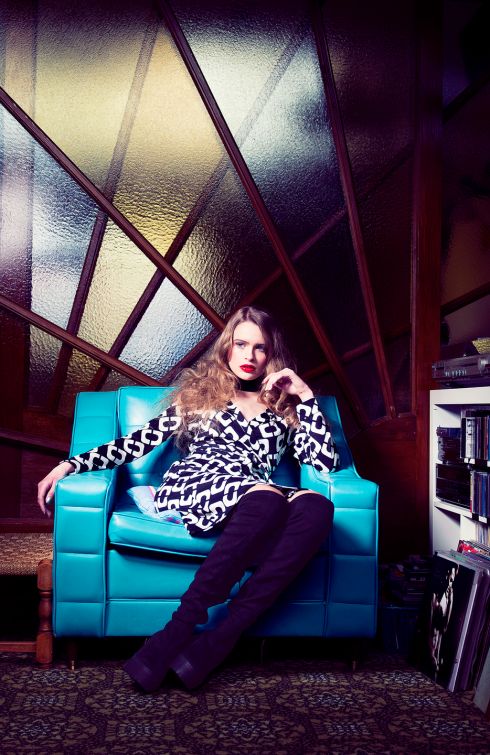 In times of uncertainty people seek reassurance and security in the past. And so it is with fashion. The explosive power of the 1960s, the so called “youthquake” of miniskirts, sexual liberation and futuristic fashion gave way to the dashed hopes and disillusion of the 70s, a regression into other decades and escapist fantasies. The maxi replaced the mini. Bellbottoms, halternecks and hippie styles referenced the 30s and 40s in a period of confusion and crisis economically and politically. The past came to dominate fashion. (Black and white dress, €413, Diane Von Fustenberg at Brown Thomas; boots, €80, River Island)

Look at today’s parallels. The Seventies inspired a renewed interested in fur; today it is fake. There was an excessive use of pattern (think Peter Pilotto, Mary Katrantzou and the digital print explosion). Wedge shoes and peep toes were all the rage (and still are). The Seventies forced the mainstream to reconsider wasteful ways particular in regard to energy consumption. (Heard that before?) Craft techniques and the handmade were seen as worthy alternatives to mass production (doesn’t that sound familiar?) Jeans became popular with both sexes (haute denim is everywhere for 2015) . 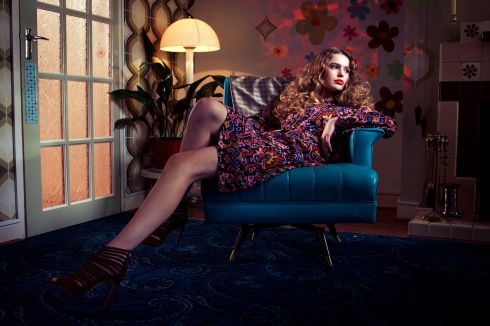 The second half of the decade gave way to punk which deliberately challenged middle class notions of good taste and whose signature studs, slashes and chains are now everyday wear. Black leather became stylish (see spring leathers at Prada, Loewe, Vuitton). Shorts, then called hot pants, only worn by the young are now common on city streets . Music genres and stars impacted on fashion making jumpsuits, leotards and draped dresses essential elements of the look prefiguring today’s many collaborations between music stars and fashion. There was even a nod to Glam Rock in the recent menswear collections in London. (Dress, €465, Dries Van Noten at Brown Thomas; suede shoes, €49.95, Zara)

So what are the reworked Seventies trends now filtering to the high street? High waisted flares and trouser suits are an obvious reference since they tend to elongate the silhouette especially when worn with platforms. Floppy hats and floral dresses are everywhere as are fringed bags, Hussar jackets and capes. Look no further than Zara for biker leggings and sharp trouser suits. Even Debenhams is flaunting flares and bandbox jackets. New Look’s halterneck dresses and zany tunics worn with chunky heels speak of 70s Marrakesh and Marks & Spencer’s topstitched suede midis like so many other items this season gets into the groove in cool new ways.