Tributes were paid to Lewis’s personality and sense of fun – his kindness, modesty and altruism 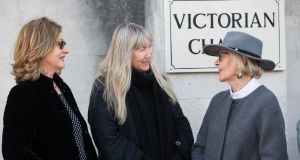 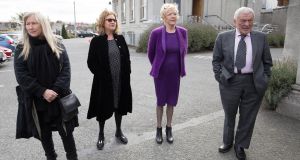 Members of Dublin’s fashion world turned out in force on Monday for the funeral in the Victorian Chapel in Mount Jerome of veteran designer Richard Lewis, who died aged 73 last week after a long illness.

The service was conducted by Father Paul Ward (in an alb made by the designer), who spoke of their long friendship, with contributions from four other lifelong associates – artist Bernadette Madden, photographer Breffni Ryan, Jackie McGrath, Finian O Shea and Tona O Brien, all of whom referred to Jim Greeley, Lewis’s partner in life and business, who died in 2006.

Music was provided by harpist Denise Kelly with Mary Flynn singing some of the designer’s favourite songs including Neil Diamond’s Red Red Wine.

Tributes were paid to Lewis’s personality and sense of fun – his kindness, modesty and altruism, rather than references to the achievements and successes of his 50-year career which, as Fr Ward said, everyone took for granted.

The congregation was reminded of the designer’s enthusiasm for “the brave new world of the internet”, his voluntary work with his beloved partner Jim for the Samaritans and his ability to listen and to heal.

“He was a man of great elegance and good manners, well read and opinionated yet modest, shy and unassuming” recalled one friend. It summed up the general tone of the commemoration and the respect in which Richard Lewis was held by all.

I'm having some feelings around the new-look Hollywood awards season