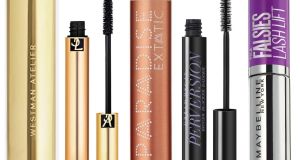 In the world of beauty, there is always a merciless focus on the next thing. It’s difficult to know which comes first in this particular chicken-or-egg scenario. Whether the constant influx of new products fuels consumer passion for them, or whether endless competition for innovation spurs brands to respond with waves of new cosmetics, I am snowed under by new beauty launches almost all the time. I’m not complaining – there are few lovelier jobs a person could have. But sometimes products that are absolutely brilliant fall out of the conversation simply because they aren’t new.

I bought my favourite mascara – Yves Saint Laurent’s Mascara Volume Effet Faux Cils (€32.50 at YSL counters nationwide) – at the airport before Christmas, and was reminded of what a wonderful product it is. It creates puffed-up, fluffy, ebony-black lashes; it’s almost the Platonic form of a mascara, which is to say it’s practically perfect.

Of course, there are lots of lovely new mascaras launching all the time too. I very much like Maybelline The Falsies Lash Lift Mascara (€11.95 at Boots), which has a similarly generous, old-fashioned bristled brush to the more expensive YSL counterpart and offers a false lash effect, but at a friendlier price point. However, sometimes the reliability of a classic product is what you want.

I have no tolerance for underwhelming mascaras. The “barely there” types don’t appeal at all. I want black lashes as priests’ socks, and I don’t want to choose between length and volume. I also want a sensible mascara, so nothing claggy, clumpy or flaky. Lashes should be big and blowsy, but stop just short of tastelessness. Urban Decay Perversion Black Mascara (€23.50 at Debenhams stores nationwide) is a classic that treads this line elegantly. Another big-brushed option, it separates the hairs to prevent a sloppy-looking or clumpy finish and leaves lashes reassuringly enlarged.

L’Oréal Paris Paradise Extatic Mascara (€16.50 at Boots) has a similar effect, but with a bit of added drama. It’s a good option for big, evening lashes if you aren’t inclined to wear (or are afraid of) falsies. A couple of coats will do the trick, though. Any more than that, and you may veer from “it’s just enough” to “it’s a bit much”.

Westman Atelier Eye Love You Mascara (€65 at net-a-porter.com) is the most expensive mascara I have ever tried, and I wanted to hate it as a result. However, the weighty, girthy sophistication of the packaging is nothing to the buildable, lengthening and volumising formula within. You can layer and layer it without clumping, but you don’t need to. Lashes explode with one coat, but don’t look artificial or garish.

For a much more affordable option that is also waterproof, try Essence Lash Princess Waterproof Mascara (€3.90 at pharmacies nationwide). While the non-waterproof version also has some famous fans, this gives nice length and separation while allowing you to rest easy if you need to cry your way through a wedding (or a tax return).