Beauty: Overindulged at Christmas? It’s still written all over your face 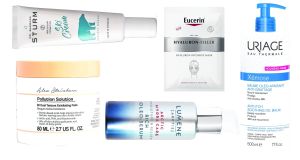 We’re well and truly into it now. January, that is. If that reads menacingly, it probably should – it is widely known that there are 63 days in the first month of the year (or that it certainly feels like that). January is generally a month of profound self-reflection and often, change. It isn’t the easiest month, and no one is labouring under the pretence that beauty products, however lovely, can change that.

However, they can help with one problem this month – the chaotic skin which inevitably digs in for weeks after the overindulgence of Christmas. If there was any natural justice in the world, our skin would have settled itself in the time that’s ensued since eating the last horrible coffee Quality Street that lingered in the tin days after the good flavours had been eaten. But it’s January; there isn’t any justice and the patchiness, redness, flakiness and/or suddenly ancient looking skin (don’t worry, it’s just dehydration) sometimes needs external help to rebalance.

These are not just aesthetic concerns (though life is short and those are valid). I’ve been awoken in the morning more than once this month to the sight of himself furiously scratching at his dry, itchy shins. A couple of applications of Uriage Xémose Anti-Itch Soothing Oil Balm (€15 at pharmacies nationwide) at bedtime solved the discomfort. It’s a rich, comforting cream without fragrance, and instantly pacifies dry, itchy skin.

Facial skin tends to be more temperamental, and harder to dissuade from a bout of hysterics. If you’ve been overtreating your skin with harsh ingredients like retinol and acids to batter it into submission, I suggest paring your routine back. Try a gentle but effective exfoliant like Alex Steinherr Pollution Solution Dual Texture Exfoliating Pads (€6 at selected Penneys stores nationwide), which isn’t new but works gently and effectively.

If you feel that you suddenly look a decade older and, to put it indelicately, as though those deep grooves you sometimes wake up with are actually just your face now, it’s probably just dehydration from temperature fluctuation, central heating and all the rest. You’d be shocked by the instant improvement a hyaluronic acid sheet mask will make. I like Eucerin Hyaluron Filler Sheet Mask (€7 from pharmacies nationwide). It’s just a quick fix – to keep skin properly hydrated you’ll need to drink water and use a hyaluronic acid serum daily – but this will instantly put life (and water) back into your face, and maybe reinstate a few lost years besides.

Tightness or dryness are common problems too. Lumene Arctic Hydra Care Moisture & Relief Rich Oleo-Serum (€40 at johnlewis.com) is intensely moisturising and plumping. Oily skin won’t get along with it, but when you are lacking oil, skin will drink it in. Sometimes, the skin doesn’t look dry overall, but infuriating patches of flakiness, sensitivity and redness can be a nightmare to get rid of. Dr Barbara Sturm Ski Cream (€95 at molecular-cosmetics.com) is very expensive for a little tube, so it won’t be an option for everyone. If you can afford it, though, it is for the most sensitised, worn-out skin, and somehow leaves no residual oiliness or heaviness while protecting and restoring the skin.