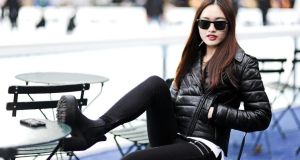 This generation of athleisure starts and ends with Alexander Wang. Above, Wang’s collection for H&M. Photograph: Daniel Zuchnik/Getty Images 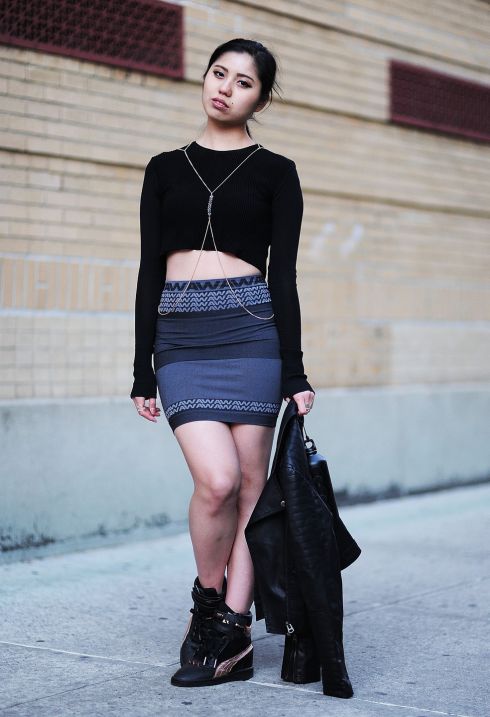 As fashion nomenclatures go, “athleisure” has a lot to answer for. Comprising athletics and leisure – two things that might seem anathema – it is a surprisingly logical, accessible trend. Put simply, athleisure is the wearing of fashionable gym clothes anywhere but the gym. It is, at heart, a sophisticated way of dressing for people who do yoga every day and want everyone who lays eyes upon them to know it, or for people who have far too much shame to wear their pyjamas on a grocery run, much as they would like to.

Sportswear as a fashion statement has been around in various forms since the 1930s, ever since Americans decided that being healthy was beautiful and that clothing should be easy to clean. Designers such as Claire McCardell and Clare Potter designed breezy jersey dresses that could be washed easily and gave ease of movement. Tanned, bronzed American bodies were the ones to aspire to, while Parisian beauties wilted in the corner, waiting for the wheel of fashion to revolve back in their favour. Even now, this embryonic version of athleisure is considered the US’s greatest achievement in fashion.

This generation of athleisure starts and ends with another American, Alexander Wang. His first collection was a breath of fresh air in a stuffy room: knits, jerseys, slouchy T-shirts. It lit a fire under the fashion industry and sparked a cultural change. Now, an element of sportswear is the lazy girl’s shortcut to a stylish outfit. Baggy joggers can be dressed up. Trainers can be worn with suits (provided that they’re the right trainers, of course).

The pivotal moment for athleisure, however, was Wang’s sellout collection for H&M, a good proportion of which was designed to be worn at the gym. Even the coats and stretchy Lycra tube dresses wouldn’t look out of place at a crossfit class. Sports bras, sweats, leggings and joggers are pliable, power-meshed and sweat proof. The collection includes swimming goggles and a pair of boxing gloves.

Stella McCartney has been working with Adidas for more than a decade, attempting to marry designer concepts with high performance athletics materials. Buzzy prints and touches of jacquard become eager bedfellows with Climalite technology, which draws moisture away from the body.

For many, athleisure is the new street uniform. Mainly bright young things wear it; those with toned bodies or a disproportionate amount of confidence. To those with a rigid outlook, it is either a very young or a very fit woman’s game.

Athleisure is also a boon for celebrities, who spend hours a day at the gym and need a side order of chic to go with their cardio. No one need know they just spent the past three hours doing burpees and sweating buckets just like the rest of us. 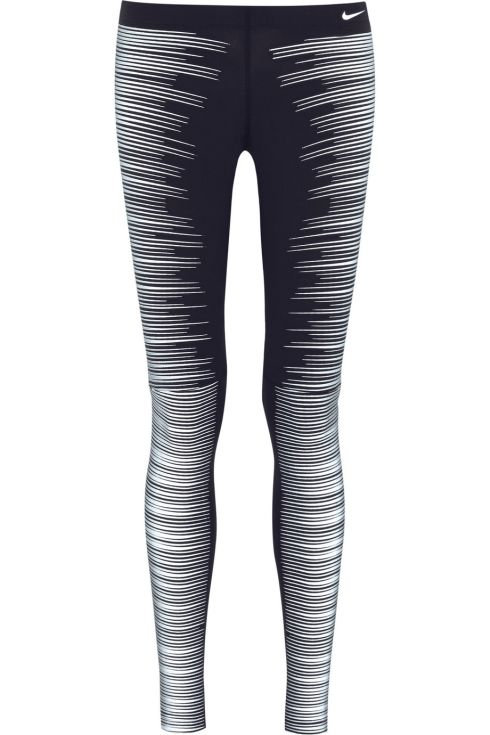 Athleisure is not necessarily the preserve of the physical elite, nor should it be. It is a lifestyle that we as consumers aspire to. We all want to be healthy and fit, and wearing the uniform at least gives the impression that we are leading that existence. We want others to think we have time for thrice-weekly bikram yoga classes, that we’re doing the marathon next summer.

It is not difficult to find hardy sportswear. Such is the demand for Dri-fit fabrics and sturdy shoes that online luxury retailer Net -a -p orter.com has launched a sportswear offshoot, Net-a-sporter.com. The array of goods on offer is mind-boggling; it’s enough to make you break a sweat (but then again, Net-a-sporter probably has a product to combat that). The high-street has grand plans to cash in. Topshop has signed none other than Beyoncé to collaborate on an athletic/leisure streetwear brand. It’s clothing that hopes to look good and work hard in equal measure.

While athleisure is ostensibly for the hard bodies of this world, it would be foolish to discount it as a passing trend, or fodder for the under 21s. Elements of the trend can easily be adopted into any wardrobe, at any age or shape. A classic black pair of running shoes, such as Nike’s Free Run series, look just as good with a pair of pressed, cropped trousers as they do with shorts. A simple grey sweatshirt can give a new edge to traditional tailoring. At the high-fashion end, Mary Katrantzou’s feminine riffs on traditional Adidas motifs can be worn day and night, almost anywhere.

Athleisure is a boon for the lazy and the lazy at heart. It’s gym gear, but not just for gym bunnies. But it’s not entirely about artifice and pretension. The clothes are comfy, effortless and make the wearer look much more active than she really is.

Rock’n’wool: Irish knits come in from the cold
9