14 of the most memorable Irish hashtags #hashtag10

We've rounded up some of the most popular, influential and quintessentially Irish hashtags of the past decade. 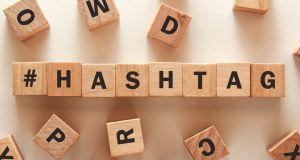 To celebrate its tenth birthday, we’ve rounded up some of the most popular, influential, memorable or quintessentially Irish hashtags adopted by Irish Twitter users over the past decade.

#COYBIG/#COYGIG: #COYBIG was the most tweeted sports-related hashtag by Irish users in 2016, thanks to the Euros. #COYBIG also appeared in the top ten sports hashtags of 2013. It earns a place on the list for its sheer, stubborn Irishness and ability to cause confusion amongst other nationalities and, apparently, a few Irish people. No, it’s not the surname of a player, a pizza discount code or the Irish for ‘football’. Yes, it is an acronym denoting ‘Come on ye boys/girls in green’.

#GAA: Irish people are passionate about all sports, but we’re most vocal – at least on Twitter -- about our love for gaelic games. It’s no surprise that #GAA is consistently in our top five most popular sports hashtags, while #AllIrelandFinal is another frequent chart topper.

#HometoVote: In 2015 the marriage equality referendum – which saw Ireland become the first country to legalise same sex marriage by a majority vote -- captivated Irish Twitter users more than any other news event, with the hashtags #MarRef, #voteyes and #YesEquality occupying the top three spots in trending Irish news that year. The social media movement arguably didn’t just reflect the national news agenda, but helped to shape it. It was the uniquely Irish #HometoVote hashtag (ranked fifth amongst Twitter’s top news trends in 2015) that probably best encapsulated the emotional highs and lows of the referendum, earning 72,000 tweets, and a place on the wall of Twitter’s Dublin HQ. Honourable mention also to #MakeGraTheLaw, which evolved into  #MadeGraTheLaw and #GraIsTheLaw after the results came in.

This is the scene on the 9:10 London to Holyhead train as Irish abroad return #hometovote #marref pic.twitter.com/spVfkb5sIT

Éire! Have some hrs free, flying in to vote tomorrow. It's the most important thing you'll do. Don't forget! #MarRef pic.twitter.com/RSuR4lWTgP

#Irishwater: It was one of the top political hashtags of the last few years – and no, it doesn’t refer to Ballygowan or the kind that falls all too frequently from the sky (for that, see #whatthefliuch.) #Irishwater and #Right2Water, which first began to trend in 2014 as water charges protestors took to the streets, ranked as the top two Irish political hashtags in 2016.

#notions: Although it has never actually topped the charts of the most used hashtags, this stalwart earns its place for sheer longevity and unparalleled Irishness.

Me to new desk mate in work: "@MarianKeyes follows me on twitter y'know".
Desk mate: "By accident?"#servesmeright #notions

Did you know, you can greatly offend someone with a "mobile home" in the country by calling it a caravan or a trailer? Now you do. #notions

#Prayfor: After #Brexit and #Trump, terrorism has – predictably -- been one of the most talked about international news stories amongst Irish Twitter users in recent years, beginning with #prayforBoston in 2013. #PrayforParis and #JeSuisCharlie trended during the Charlie Hebdo attacks in 2015, while #Orlando and #PrayforNice trended in Ireland in 2016, while 2017 has added several more -- including #PrayforManchester, #PrayforLondon  and #PrayforBarcelona -- to the grim tally.

#Repealthe8th: Social media has been a driving force behind the movement to repeal the 8th amendment to the Irish Constitution. Use of the #RepealThe8th hashtag rose rapidly in 2016, reaching a crescendo in September on the day of a large pro-choice march in Dublin, making it the year’s second most popular news hashtag in Ireland. The related #KnowYourRepealers, #trustwomen and #justinformleo hashtags have emerged subsequently.

#RIP: If we can’t be there in person, we’ll take to Twitter to express our regrets at the passing of a much loved figure. #RIPAxel, #Prince, #RIPRobinWilliams, #Bowie, #RIPPeaches, #SeamusHeaney and #MuhammadAli have all trended on Twitter in Ireland in recent years.

#RoseofTralee or #ROT: What could be more Irish than our annual ‘celebration of women’? Repeat out loud: it is most definitely not a beauty pageant or a talent show, it is a contest involving young women of above-average attractiveness standing on stage in nice frocks to be judged for their looks, personality, stories about their granny, ability to sing Waltzing Matilda and all round niceness. #RoseofTralee has climbed back up the TV charts on Twitter recently, earning 7th place in 2016 and 5th in 2015.

#vinB: If you weren’t live-tweeting your way through a TV show over the last decade, you weren’t really watching, whether it was #GameofThrones, #rtept, #lovehate, #LateLate (also known as #lls or #LateLateShow). But it is the inimitable Vincent Browne – #vinB to his friends and foes-- who has most frequently snarled and harangued his way onto the Irish Twitter TV charts. Love him, hate him or fear him like he’s the Night King of the White Walkers himself, Twitter won’t be the same without #vinB.

I propose we still use the #vinb hash tag at 11pm nightly for important rants of the day ??

#Sneachta: There hasn’t been enough of it to get the hashtag really trending in recent years but every time there’s so much as a grey cloud on the horizon, we dust off our hats, scarves and the #sneachta hashtag – even if it’s only to point out that there’s none in our part of the country. Maybe 2017 will be the year.

See I've made it back to Dublin in time for winter. #sneachta pic.twitter.com/jIpxSBPyNi

#Trump: Twitter has been publishing global records of trending topics since 2010, and country specific charts since 2012. In that time, there has been a noticeable evolution in hashtags from the early, more innocent days of feelgood hashtags like #followfriday, #rememberwhen and #blessed, to the recent shift towards the political. #Brexit, #GE2016, #EURef #Brussels and, of course, #Trump all trended in Ireland 2016.

#Whatthefliuch: A hashtag that manages to combine three of Ireland’s favourite things: swearing, talking about the weather, and flogging to death the four Irish words we can actually remember from school. This hashtag surfaces whenever there is more than a few drops of rain, but particularly during the apocalyptic #corkfloods of 2014.

Surely, SURELY the water will run out soon? There can't be much more left, can there?? ☔ ☔ #whatthefliuch

#youknowyoureirishwhen: A perennial, humblebragging favourite that can be used to express everything from a weakness for Barry’s tea, to gratitude to your mam, to your firm belief in Irish exceptionalism.

Can anyone else name the nun who made their jam? Didn't think so #YouKnowYoureIrishWhen #DadGifts pic.twitter.com/Il6FNCxDSG

Heaven scent: It’s the best time of year to try a new fragrance