But today’s parents – saddled with some of the most expensive childcare costs in the world, sizeable mortgages and often shrinking wages – are turning to their mothers and fathers as a more affordable and convenient source of childcare.

The Irish Times/Ipsos MRBI Family Values poll shows that grandparents – grandfathers as well as grandmothers – are now the most popular (42 per cent) source of childcare for working parents. They’re followed by creches, childminders (both 20 per cent), other family members (14 per cent), au pairs (4 per cent) or friends and neighbours (4 per cent). Parents with more than one childcare arrangement could choose more than one option.

A breakdown of the poll findings shows grandparents care for children of all ages, from pre-school toddlers to teenagers in secondary school.

Given that typical early childcare costs for a two-child family in a full-time creche costs in the region of €16,000, grandparents play a key role in easing the financial burden facing many hard-pressed families.

In fact, the wider extended family is increasingly being relied upon for help. When grandparents and other family members are combined, more than half (56 per cent) of children who are not cared for by their own parents during the day are minded by close relatives.

And those figures cover only parents who outsource the care of their children. Overall, most parents (58 per cent) in Ireland still say one of them – usually the mother – stays at home and minds their own children.

This is a relatively high figure compared with many of our European neighbours and appears to reflect research elsewhere which shows female participation in the labour market in Ireland is low by comparison with other small, open economies.

The remainder of parents (42 per cent) rely on someone else’s care services so they can go out to work.

Of those using creches or pre-schools, just under a third (32 per cent) use it on a full-time basis.

The high costs of childcare may explain why few young parents – who tend to earn less and be less established in their careers – were using creches full-time.

Respondents were also asked if balancing work and childcare was a stressful experience. Overall, parents were split down the middle: half found it stressful, while the other half did not.

By drilling down into the figures, it is clear that parents of younger children aged under four are most likely (60 per cent) to feel under pressure. But it is also a significant issue for parents of children of primary school-going age, indicating the reliance of parents on childminders or after-school care outside of school hours. This can often involve finding not just the right kind of care, but also someone to transport the child after school.

This may well be linked to the fact that working mothers are more likely than men to juggle part-time work with childcare arrangements. While our survey does not ask whether the source of stress is down to affordability or scheduling, it is clear that the financial burden is crippling for many.

Figures compiled by the OECD last year confirmed that Ireland was one of the most costly countries in the world for creches or preschools, with an average family of two spending about 40 per cent of the average wages on such care.

Minister for Children Dr James Reilly has recently established a new interdepartmental group on childcare investment, to address the issue of affordability for parents.

While the free preschool year has proved hugely popular – with an uptake of about 95 per cent – plans to extend it by a further year have so far been resisted on cost grounds.

Our poll results show single parents are under the most pressure: a large majority (84 per cent) agreed that organising childcare is stressful.

The survey also asked parents whether they would advise women who want to work and raise a family to have children sooner or later.

The question comes as increasing numbers of Irish women choose to delay starting a family until well into their 30s and even 40s. Latest figures, for example, show more than a quarter of all births in Ireland are to women over 35.

Overall, the average age that women give birth in Ireland has risen from 28 years in 1990 to 32 years in 2012, reflecting the growth in the proportion of women in the workplace. Ireland’s maternal age is now one of the oldest in the EU.

But according to our poll, almost two-thirds of people would advise a woman to have their children earlier and then focus on work. Just over a quarter advised having a child later.

A breakdown of the poll by age indicates that opinion is heavily influenced by age: the older a person is, the more likely they are to encourage women to have children sooner.

While just half of those aged 15 to 34 are in favour of a having a child sooner, this rises to more than two-thirds of those aged 35 to 54 and just over three-quarters of over-55s.

The only groups more likely to advocate later childbirth were students and single parents, who tended to be younger.

Among parents, those with younger children are most likely to encourage having children sooner.

How many people in Ireland are gay?

Your Comments
Sign In Sign Out
We reserve the right to remove any content at any time from this Community, including without limitation if it violates the Community Standards. We ask that you report content that you in good faith believe violates the above rules by clicking the Flag link next to the offending comment or by filling out this form. New comments are only accepted for 3 days from the date of publication.
Explainer: What does the modern Irish family look like? 1:26 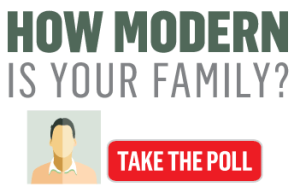 Matrimony has changed hugely in 70 years, and gay and lesbian couples are simply seeking what most couples now want: social recognition of their personal achievement

The ‘Irish Times’ Family Values poll made some surprising discoveries

How many people in Ireland are gay?

What proportion of us are gay, lesbian or bisexual? according to The ‘Irish Times’ Family Values poll

In the absence of subsidies, Irish childcare costs are among the world’s most expensive

Family Values: 54% would be willing to help a relative die

What does your generation think?

My family: ‘My sister took year out of her life to help me have a baby’

‘Older people grew up with unhealthy attitudes towards sex’ 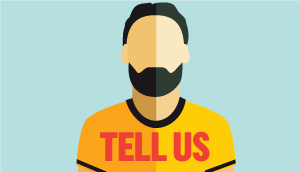 Tell us your story Share your experiences of family life 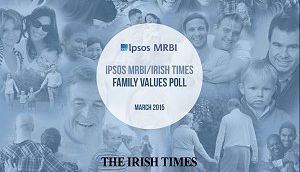 Get the data Read the full Family Values poll booklet