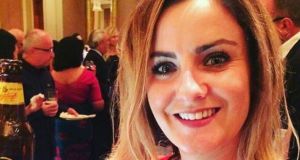 Sarah Jane Bennett works at the Irish Embassy in Singapore

Singapore wasn’t on Sarah Jane Bennett’s original itinerary when she embarked on her global travels over a decade ago, but she found a good life in the gateway to Asia.

From Ratoath in Co Meath, Bennett studied social sciences at the Dublin Institute of Technology. After completing her Bachelor of Arts degree in 2002, she worked with the HSE as a social worker in child protection for six years, before deciding to spread her wings.

“My job was emotionally very demanding, and I was absorbing a lot of trauma. I reached a point where I realised it was now or never in regards to going abroad, so I decided to go for it. A social worker friend and I decided to head to Australia as so many people did during that time,” she says.

“When I walked out the door, my mother said to me, ‘whatever you do, don’t marry an Australian’.”

But after six months of travelling, Bennett met her now husband in Melbourne. “Like so many Irish people, I fell in love with the city.”

Having had some banking experience working part-time in AIB during college, Bennett decided to work with a small private bank in Melbourne called Bank First.

“I started in insurance as a sales representative, then moved into finance and lending, becoming manager of the lending department. It was a great job.”

In 2015, after a trip home to get married, the couple moved to Singapore, where her husband had been offered a job with Daimler.

“Despite having left home before, I found this move harder in the beginning. I didn’t have a job at first and found myself very isolated, while my husband was working.”

In an attempt to mingle with other Irish expats, she founded the Irish Expats in Singapore group. “There were no general Irish expats groups at the time. The aim is to facilitate Irish expats to meet one another, share experiences and tips about living in Singapore.”

The page now has more than 1,000 members. “It’s a good platform for the Irish community who are here, those who have left, and those who are thinking of moving here. I’ve met some of my closest friends through events organised with the group.”

As a spouse of a working visa holder she was able to get a job while in Singapore, as opposed to having to organise one before arrival.

“When a job came up at the Irish Embassy as the Irish ambassador’s executive assistant four years ago, [advertised] for people who already lived here, I could go for it.”

Bennett looks after the Irish Embassy communications and deals with general queries from the Irish community, as well as social diaries and events.

Bennett also organises International Women’s Day and Bloomsday events every year. “The first Irish film festival took place in Singapore last year, and I was involved in the organisation of it.

Bennett has had two children since starting and says she is “very lucky” to get to work part-time. “Generally speaking, people work later here – not finishing till well after 6pm, if not later, which wouldn’t suit me,” she adds.

But since March this year, things have slowed down. “After Covid-19 hit, we had a lockdown here called ‘circuit breaker’. It was pretty strict and we had to stay home, only being allowed out for short walks and shopping.”

Bennett and her family can now move around again.

“Luckily the [Covid] reproduction rates are very low, so bars and restaurants are open. Life continues as normal, but with masks.”

But, unless she and her family quarantine in a hotel room for two weeks, they can’t leave the small 660km sq city state.

“It can be a little distressing, as there isn’t an abundance of nature you can escape to. There are no beaches and mountain hikes like back home, but we have some stunning hotels and parks, hence it’s called Garden City and we can spend all day outside.

“The finest hotels in the world are in Singapore and they are doing ‘staycation’ specials, so we’ll avail of a weekend away soon.”

Bennett says she’s thankful to have a garden and pool, though the rents in Singapore are higher than in Ireland.

“If you rent a home here, it’s not cheap – €5,000 upwards for a one-bed and €10,000 or more for a family home. So you need a good job. Most people we meet are couples. Living alone would be tough with those kinds of rents.

“People here are very compliant. They listen to the government and do as they wish. It has its setbacks, but it’s such a safe place to live and raise a family. There’s practically zero crime.”

Bennett hopes to return to Ireland next year though she also has other travel plans.

“In a normal year, it’s fantastic living here – in the gateway to Asia. You can fly to Thailand or Bali for the weekend. Go to Hong Kong or any of the amazing islands around here.

“Despite the restrictions, you have a great life in Singapore and, luckily for me with my Irish Facebook group, I have a little bit of Ireland too.”