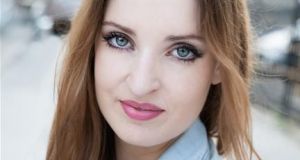 Paula Gahan: ‘Every single passenger was wearing a mask for the duration of the flight’.

Paula Gahan is originally from Kildare town, and has been living in London and working as cabin crew for five years

I’m running in heels through the streets of Kuala Lumpur carrying a bottle of Tiger beer. We’ve just had a phone call from London saying the country’s going into lockdown and we have to fly back in an hour. With the imminent collapse of the whole aviation industry; myself and the crew were determined to enjoy possibly one of the last trips we’ll have for a while. Drinks had just been delivered to the table when the call came in.

“They’re collecting us in one hour, everyone back to the hotel.”

With that the table of 10 crew members, who’d just landed three hours ago from a 13 hour flight, legged it back to the hotel. I’d just paid 22 ringgits (€4.56) for that beer and I’d be damned if I’m leaving it.

My only regret is wearing heels– never wear heels in any sort of crisis. By the time I’d made it to the hotel lobby, I could feel the blisters rising up on my feet.

Everyone coming in and out of the hotel had their temperature taken before they were allowed to enter. I was 36.4. Anyone with a temperature more than 38 was not getting in and no new guests were being admitted. I wondered at the time how long before these measures will be implemented in London.

I ran to my room and threw everything in a bag as quick as I could. Never in my five years of being cabin crew have I seen such disorder and panic.

The flight from London to Kuala Lumpur had been equally surreal. Every single passenger was wearing a mask for the duration of the flight. Many were wearing raincoats, gloves and full body hazmat suits. A few people ate but most refused the food for fear of contamination. The majority of the passengers were Malaysians desperate to get back home before they closed the borders.

I handed one passenger a bottle of water, he flinched and looked at me nervously before taking it, a strange combination of fear and embarrassment in his eyes. I felt sorry for him. He hadn’t moved from his seat for the whole 13 hours and there was strong odour of urine around him.

It’s hard to believe, but there’s suspicion that some passengers were wearing adult nappies in a bid to avoid using the toilets. A crew member in his 60s said the last time he’d seen such hysteria around personal cleanliness and human contact was during the Aids epidemic of the 1980s. In business class, people were cleaning down the tables and chairs with disinfectant wipes.

There were only a handful of people from Europe on the flight, one middle aged man was irate that he had been allowed board the flight at all in light of the imminent lockdown. The truth is we barely had any information ourselves at the time the situation was developing so rapidly. There was nothing that could be said to calm him down, as the thought of being stuck in Kuala Lumpur playing on his mind.

People can be very petty in these situations, he looked me dead in the eye and said: “Well, I’m glad you’ll all be out of a job in a week.”

If you'd like to share your story about how you've been affected by Covid-19 where you live in the world please email your submission to (600 words max) abroad@irishtimes.com