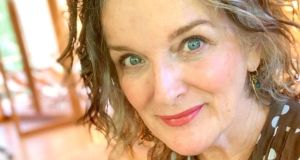 Yvonne Watterson: ‘From where I sit in paradise, the truth is that I miss who we used to be.’

Having now spent most of every day for 60 days in a beautiful house that is not yet home, this quarantine has me in its grip, a relentless barrage of questions about coronavirus keeping me apart from and a part of a world that feels adrift and different. How do I escape it? When will it end? Will I ever see my loved ones again? What if they get sick? What if I get sick? What if I die here? What if they die there? Did the avuncular technician who installed our new wifi router last week wash his hands? Do I really need to wear the mandatory face mask on a too-hot but solitary walk down and up an unforgiving cobbled hill a mile above a village a mile above sea-level? How will it end? What if it never ends? Morbid, maudlin, mundane, the questions keep coming.

Realising that 60 days and nights have passed since we last spent time singing songs and rubbing shoulders with strangers in busy bars – and that more shall pass before we do so again – my anxiety deepens about this quarantine – cuarentena – the state of it, the word and where it came from, the world and where it may go.

Quarantine first appeared in my lexicon in the 1970s when the bubonic plague showed up in my history textbook. Before that, as the child of a church going family, I had known about plagues only in the context of those Old Testament disasters God had sent to the Egyptians when hard hearted Pharaoh refused to let his people go. Nightmarish, there were 10 of them, plagues of blood and boils, hail and locusts, frogs and flies, livestock and lice, and of darkness and ultimately of the killing of first-born children. And, I knew all about them. I was an attentive child and always afraid of getting in trouble so I took notice at Sunday school and at the “Good News” and “Five Day Clubs” that featured prominently in the summers of my early childhood, when the missionary man and his assistant set up shop to bring the “Gospel of the Lord Jesus Christ” on the same corner where Mr Softee ice cream van parked. A strategic move, in retrospect. Carefully, they spread a clear plastic sheet on the grass in front of our row of council houses on the Dublin Road and there the children sat in crooked rows, obedient, singing along and doing the actions to blue-grass gospel hymns like “Deep and Wide (There’s a Fountain Flowing)”.

Even though they served up fire and brimstone, these evangelical ministries also brought prizes and stickers, and therefore were in the same league as rounders and hide-and-go-seek or hopscotch. Once I remember asking my mother what it meant to “get saved” and if it was something I needed to do. Instead of giving me a satisfactory answer, she told me to give her head some peace. Still, I remember going to a place – some variety of hall – more than once where other people most certainly “got saved” and immediately thereafter began speaking in tongues. It was all very exciting. And, from some of these places, some of the stories stuck, like the story about the plague to kill first-born babies, re-written for children like me in an illustrated book Baptists had given me for memorising so well my Bible verses, like the story about baby Moses nestled in a basket in the bulrushes on the banks of the Nile River. Moses was safe.

So when the subject of Black Death came up in our history class, I wondered why I hadn’t already read about it in the Old Testament. It was certainly of biblical proportions, a ghastly disease that struck Europe and Asia in the middle of the 14th century. We learned how King Edward III tried to curb the contagion when it reached England. To keep people safe, a lockdown was in effect – a quarantine – modelled after the Italian practice of requiring ships arriving in Venice from infected ports to sit at anchor for 40 days – quaranta giorni – before landing. Although it was no match for this plague, which wiped out entire families and communities and claimed half of the population in England, the quarantine measures would become contingency plans for future outbreaks.

How does it end? That is the question

The plague indeed returned, and with a vengeance, resurfacing as many as 40 times from 1348 to 1665, the last of those suspected of killing more than 100,000 Londoners during The Great Plague. When the plague appeared in a household, the house was sealed, ensuring that all inside would die. Such houses – and I remember this clearly from a Medieval illustration in my textbook – were distinguished by a crude red cross painted on the door and the words, “Lord have mercy on us”. And, in response to the nightly cry “Bring out your dead!” bodies of the dead were hauled away on carts to mass graves, where they were dumped without ceremony.

How does it end? That is the question.

From Mexico, I scour daily the ever expanding online spaces for information about the 2020 Covid-19 pandemic for clues about how it might end. The devastation reported in a Los Angeles Times article does not reflect the official numbers from the government. From all across Mexico, there are stories of full funeral homes, morgues with no more refrigerator space for corpses, and hospitals unable to accept more patients. Nobody seems to know for sure how many people are dying from this pandemic, which will keep me “en casa” until at least June 1st.

Dispatches from back home arrive through Twitter or Facebook or from Ryan Tubridy seated at least 2m away from in-studio guests without his regular live audience on The Late Late show. And, they come from the Department of Health’s Covid-19 daily briefings, during which, without politics or politicians, Dr Tony Holohan delivers sobering data about the dead and the dying in Ireland, with a decency and decorum that is longed for in other places. In other places, people appear to have forgotten that behind every statistic there once lived a person – a real person – loved and missed. Gone.

Covid-19 has brought seismic changes, our routines and rituals no longer relevant or, in some places, allowable in a world in quarantine. From the classroom to the boardroom, those of us who are fortunate and privileged to do so have moved into the realm of the internet, our days meandering without shape and structure, online the lines blurred between work and recreation. In-person contact has all but disappeared – no handshakes sealing deals – no deals – no kisses hello, no hugs goodbye, no wakes, no funerals as we used to know them. From our living rooms, we can order our groceries and our meals from restaurants desperate to stay afloat; we can binge-watch Ozark and, from the best seats in the house, we can watch The Rolling Stones deliver perhaps their best performance of “You Can’t Always Get What you Want”.

We can see up-close our faraway aging parents on WhatsApp and FaceTime, and when we get bored with the sight of each other, we can virtually tour virtually any museum in the world. Alone at home, we have all that we need in another online world. Part of it, apart from it, we remain digitally connected to the people and places we need, yet terribly distant.

I could have participated via Zoom in my daughter’s graduation from university last week, but decided instead to postpone the pomp and circumstance for an in-person party in December. There will be handshakes and proper hugs and high-fives, won’t there? Or maybe there won’t. I remind myself we are only four months into a global pandemic, and my 60 days in the house may be but a drop in the bucket.

From where I sit in paradise, the truth is that I miss who we used to be, and I fear these online versions of ourselves are no match for a post-coronavirus world that will look very different when we go out in it again, from the one we used to know.

Sensational summer food: around the world in 26 dishes
3