Wild Geese: ‘A lot of cabin crew would commute, it’s not unusual’ 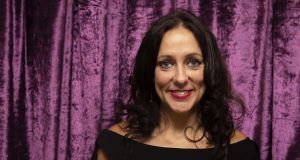 Catherine McGuinness: ‘I have a small [property] portfolio in Dublin and London, which enables me to fly part time.’

When Virgin Atlantic first recruited cabin crew in Ireland in the 1980s, Catherine McGuinness knew this was going to be the job for her.

“Virgin had two planes in its fleet at the time. Their names were Virge and Gin. I was the 54th person to join cabin crew in 1989; now there are around 6,000 people working on the aircrafts, accommodating over five million passengers per year,” she says.

Originally from Killybegs in Co Donegal, McGuinness worked in a local travel agency after finishing school. A year spent in New York in 1985 working in squash clubs and private casinos and enjoying the city’s nightlife gave her taste for living away from home.

“It was an amazing time to be in New York. There were no phones and you’d send letters and postcards back home. Nightlife was unbelievable. There was just so much energy around the city.”

A stint working as a model in Dublin upon her return home followed, and rather than return to Donegal, she wanted to see the world.

That’s when Virgin Atlantic came knocking. “I applied to a few airlines, which were starting up, but this one was right.”

McGuinness says the working conditions at Virgin Atlantic were excellent from the start. “In the first few years, we were given paid leave to go travelling for three months. Then it was so popular that it became unpaid leave, but it was fantastic nonetheless. I got to keep my flying perks during my time off, so I would pack-back to places like China, Vietnam, India.

“It’s a well known fact that founder of Virgin Atlantic, Richard Branson is a great boss, and he really is,” she adds. “He used to know all his staff by name and would invite everyone to his home in Oxfordshire each year for a massive party.”

McGuinness commuted back and forth from Dublin, living in London only for a brief stint. “A lot of cabin crew would commute, it’s not unusual.”

“I had worked full time for 10 years, when my mother, who was living in Donegal got sick, in 1999. I applied to go part-time. At first I was turned down, as only so many people could fly part-time, but then I mailed Richard Branson directly and he got back to me personally, saying it was fine and sending regards to my mother, adding, ‘Tell her I said hello’.”

I met him again 10 years later, randomly at a party in Cape Town that Cherie Blair invited me to, having met her on the flight, and he asked me how my mother was. I was blown away that he remembered. I informed him that she had passed away in 2005.”

After she went part time to look after her mother and subsequently her father, who passed away in 2007, McGuinness, decided to get involved in property.

“I get places and I do them up, and rent them out. I have a small portfolio in Dublin and London, which enables me to fly part time.”

In 2009, after commuting from Dublin and Donegal, McGuinness decided to move to London full time.

Looking back, McGuinness, who works in premier class, says she made the right decision. “London is a city for older people. I don’t think London is a city for people with little or no money. It’s very expensive, even the travel cards and going out, whatever about rent.

As a property owner, Brexit will affect me, as does the fluctuating currency, so I’ll have to see what happens

“It can seem very lonely place and its size overwhelms you. I advise anyone thinking of coming to get a house share and become familiar with the place.”

McGuinness says she enjoys how many options you have in London. “You can go to the theatre, the ballet, the opera – all on a Monday afternoon. There are so many things to do here.

“I live in Fulham and I have properties nearby. Even though London can seem overwhelming, once you get to know your local area and the community, there’s a lovely familiarity.

“I think Dublin is a young person’s city and when people get older and don’t have families, like me, they get left out. But I love coming back to Dublin and, of course, to Donegal, where I spend a lot of time.”

Challenges of the job

But that said, there have been a lot of challenges recently, especially with Brexit.

“I’m taking it day by day. I think the attitude towards Irish people here is fantastic, despite what you read in the news and I’ve never had any problems. I voted to stay, because I believe if it’s not broken, don’t fix it.

“As a property owner, Brexit will affect me, as does the fluctuating currency, so I’ll have to see what happens.”

As a cabin crew member, every day is different, she says. “I’ve worked through 9/11, terrorist threats, SARS, Ebola and currently coronavirus is having a deep impact on outlines and we’re taking massive hit. Who knows where it till go. Airlines have to adapt very quickly first as we’re on the front line, so things never get boring.

“I live on the medium to fast lane. I like moving around. I’m 54, but a lot of people can’t keep up. I love travel and socialising, but I also love sports, hikes, tennis, cycling and can do all those things as my work timetable allows it.

“I often ponder the idea of moving back to Ireland, but I’d be leaving too much behind. London is home now.”