The story of the Irish Famine orphan girls shipped to Australia

Many of the 4,000 teenagers faced anti-Irish sentiment, discrimination and abuse , but were a resilient group 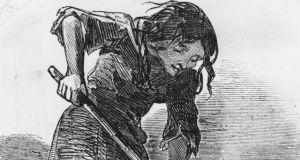 The first orphans girls arrived from Ireland to Australia aboard the Lady Kennaway on September 11th, 1848. Most of the girls were from counties Galway, Mayo, Sligo and Donegal, and many were Gaelic speakers. A total six ships, the Lady Kennaway, Pemberton, Diadem, New Liverpool, Derwent and Eliza Caroline, sailed across the world with 4,000 Irish Famine orphan girls, with 1,700 of them arriving in Melbourne. The orphans had an important - still widely unknown - role in the Australian story, and one which countless Australians can claim in their own family story.

The Great Hunger had decimated the population of Ireland, resulting in more than one million deaths and two million emigrants forced to flee starvation.

Between 1849 and 1851, the Earl Grey scheme took girls aged from 14 to 19 from workhouses across Ireland to work in Australia as servants, and to help populate the new colony.

After the horror of starvation and loss of family and home in the Irish Famine, surviving the destitution of the infamous workhouses and enduring an arduous sea voyage, the orphans reached a strange and intimidating new land. But they must also have had feelings of hope and optimism.

Some orphans suffered exploitation and abuse from unscrupulous employers, and many fell on hard times. All were subjected to rampant discrimination, as anti-Irish sentiment grew with the arrival of each ship. 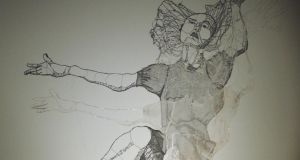 The Lock Up 13-year-old Bridget from Falcarragh, raped, starved, beaten

An excerpt from The Argus, which was Melbourne’s main newspaper of the day, on April 4th, 1850 said: “Another ship-load of female immigrants from Ireland has reached our shores, and yet, though everybody is crying out against the monstrous infliction, and the palpable waste of the immigration fund, furnished by the colonists in bringing out these worthless characters …”.

Another excerpt from The Argus on April 24th, 1850 of a citizen echoed society’s clamour:

“The whole country cries out against the further admission into our colony, of such degraded beings as the majority of the female orphans have been found.

Nor has their cry been raised without reason, for we venture to say, every vessel that brings an increase of this kind to our female population, brings a melancholy increase to the vice and lewdness that is now to seem rampant in every part of our town. From this class we have received no good servants for the wealthier classes in the towns, no efficient farm servants for the rural population, no virtuous, and industrious young women, fit wives for the labouring part of the community; and by the introduction of whom a strong barrier would be erected against the floods of iniquity that are now sweeping every trace of morality from the most public thoroughfares of our city.”

Nonetheless, most orphans flourished – they married and raised families in the harsh conditions of the new colony. Great numbers would live to see the dawn of the new 20th century in their new land.

Sarah Matilda O’Malley was one of the success stories. She was 17-years-old when she arrived aboard the Pemberton, the second and biggest ship to arrive in Melbourne, on May 14th, 1849 . The shop was too heavy to travel over sandstone bars so the girls alighted in the mudflat shallows and walked to the foreshore. Ship records showed O’Malley was a Catholic and could read and write. She got married in 1850 and the couple settled in regional Victoria. She raised seven children. Sarah’s story was recorded by her great-great-granddaughter Debra Vaughan.

It has been 21 years since the dream was realised to erect a standing stone monument in Melbourne in memory of the thousands orphan girls brought to Australia from Ireland at the height of An Gorta Mór. Famine Rock now marks where the orphans first stepped onto Australian soil. The rock was inspired by the “Crying Stone” near a bridge in west Donegal, where emigrants of the 19th and 20th centuries started their long and lonely journey. An inscription in Irish notes: “Friends and relations of the person emigrating would come this far. Here they parted. This spot is the Bridge of Tears”.

On the granite face of Melbourne’s Famine Rock is another poignant tribute, in Irish and English: “In memory of one million people who died in Ireland during the Great Hunger of 1845-1852. In praise of the courage of tens of thousands of dispossessed Irish who sailed to Hobson’s Bay to build a new life. In sorrow for the dispossession of the Bunurong and Woirurung people built in a spirit of reconciliation. In solidarity with all those who suffer hunger today.”

This immense human tragedy is also a story of strength. In Australia we pay tribute to the brave souls who lived it, survived and triumphed in our commemoration event.