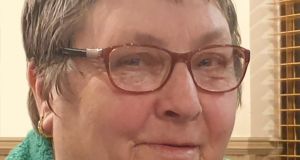 As Rita Whelan’s condition deteriorated, the hospital staff made sure all her children got a chance to say goodbye to her over the phone.

Rita (Margaret) Whelan, nee Joyce, left Ireland for London in 1979 with husband Tom and their then two children, Louise and Thomas, (Dominick and Christopher would arrive later), but there was a sense in which she never left her beloved Cornamona in west Galway.

In later years she loved to reminisce with friends in London’s Irish community about her years working as a young woman at Ashford Castle and Leenane hotels.

The fourth child in the family of David and Kathleen Joyce, three girls and two boys, she grew up and attended school in the village before going to work in the hospitality sector locally.

In 1973 she and Tom Whelan, from the nearby village of Clonbur, married. The move to London in 1979 followed the death of Rita’s mother, Kathleen, the previous year. It meant the removal of a vital link with home, particularly as so many of her siblings emigrated, mainly to the US.

In London Tom worked in construction while she managed the home. After some moves around the city they settled in Croydon. The children grew up and she and Tom had some difficulties leading to divorce.

Rita struggled with mental health issues and was also diagnosed with diabetes. In 2011 she was admitted to the London Care centre at Addington in Croydon where, as daughter Louise recalls, she enjoyed a new lease on life, living independently in her own apartment and taking part in arts and entertainment activities. Louise paid special tribute to staff at the UK’s NHS, Mind UK, and London Care “for the hard work and continued dedication of the many people” involved at each.

Rita’s final illness was sudden and brief, which presented difficulties for her children as Louise was in Sydney, Dominick and Chris were in Ireland, and Thomas in Surrey. “The hospital was so busy it was difficult to get through” initially but they succeeded in video-phoning Rita.

As Rita deteriorated, and despite the pressure they were under, hospital staff made sure all her children got a chance to say goodbye to her over the phone. In one of her last conversations with Louise, Rita mentioned a birthday present. What she meant became clearer after her death when the present for Louise’s daughter Mia arrived in Sydney.

Of Rita’s children only Thomas, his partner Debbie and their son Harry were able to attend her funeral, with other family members on webcam. Speaking from Sydney, Louise says: “I find it all so hard to believe, being so far away. It seems surreal. Everyone is so upset, and the distance doesn’t help.” The family plans a first anniversary Mass for Rita in Cornamona next April.

‘Coming home to Ireland felt like a gamble. I felt safe in Korea’
Real news has value SUBSCRIBE