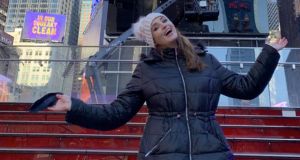 Most of the time you don’t appreciate the good times while they’re happening, figuring it out only in retrospect, but I knew I had the best job in the world – and appreciated every second of it. For the past five years I was cabin crew with a well-known international airline. Without a doubt it was the best job I ever had.

I know all about crappy jobs, after making the mistake of doing a journalism degree in 2010 and spending the next few years working in call centres, where the highlight of my day was sitting in the toilet cubicle on my five-minute break, scrolling through Facebook.

I never took it for granted that working for an airline meant I got to experience things most people can only dream of: nights out in rooftop bars in Kuala Lumpur or getting free drinks in American dive bars just for having a “great accent”.

I had so many moments when I had to pinch myself. Back in a call centre I worked with a guy who saved up for five years to have the holiday of a lifetime in Las Vegas. That was my full-time job; I got paid to go there.

I’ve only just realised that I’m writing this in the past tense, as if I’ve lost my job. I still work for the airline, after scraping through the first round of redundancies back in August. But most people with even a tiny bit of foresight can see that things aren’t looking good for the aviation industry.

I’ve done one flight this year, to New York, where the whole crew came out for an excursion around an eerily quiet city. On most trips there are a few people who choose to stay in their rooms and save money – door slammers, we call them – but everyone came out on this one. There’s a feeling that you never know when your next trip will be, so it could very well be the last.

I had no idea that my trip to Kuala Lumpur in March 2020 would be the last one for eight months. We had just ordered at a restaurant, and had beers delivered to the table, when a call came through that we had to fly straight back to London, as Malaysia was going into full lockdown.

A feeling of dread came over me recently when I heard the news that all Gatwick-based crew of Norwegian Airlines had been laid off. That felt like the latest in a series of dead canaries down the mine. You don’t have to be Mystic Meg to see where things are going. I have a friend who jumped ship to Norwegian two years ago and was laid off. She posted on Facebook: “My heart is broken. I don’t want to accept it.”

The pandemic has taught me the true meaning of the term ‘essential worker’. Right now I feel about as essential as a chocolate teapot

I feel a bit like Rose at the end of Titanic, clinging to that piece of wood for dear life. I never in a million years thought I’d go back to college, but one thing I’ve learned from this pandemic is the true meaning of the term “essential worker”. Right now I feel about as essential as a chocolate teapot. So I’ve started a master’s degree in psychology and hope to forge a different career path after all of this.

My partner works for the NHS in the UK, and even though they aren’t as appreciated as they should be – we can’t pay rent with applause, unfortunately – I would like to work in an industry where you aren’t so easily disposed of. Is there any such industry these days? But what can you do except hope for the best and prepare for the worst?