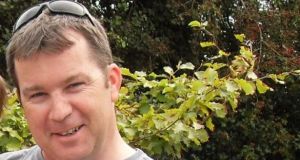 James Taplin: ‘I just want to live back in Ireland. I want my children to grow up in the country they were born in, and I want us to be happy.’

So the election is over and in Ireland the squabbling over who will fill the last few Dáil seats is in full swing.

After I was made redundant in 2009, I moved to Dubai for work in 2011, and was followed by my wife and children. As an Irishman living abroad I did not have a vote, but that did not stop me having a wish list when it came to choosing a candidate or a party.

I scrutinised all the candidates and parties, and tried to decide which ones gave the best opportunity for myself and my family to return to a successful Ireland that would offer me a sustainable job, and my family a future.

What really amazed me was the faith that the Irish electorate have placed in the Fianna Fáil party, whose inept decisions in the late 2000s crippled the country and meant that tens of thousands of Irish people like me were unable to find work in Ireland, and had to move abroad.

Yet just one election cycle later, we have welcomed them back with open arms, as if nothing had happened, as if nobody had suffered.

I fully understand that the economic crisis was not solely down to Fianna Fáil. External factors were also at play, but what really galled me was they did not have the expertise in the government at the time to understand what was happening and that’s what was really scary. And as sure as night follows day, it will happen again.

Am I being fair? Or am I just a little bitter, given my personal circumstances? Could my opinion be changed? You could try, but I would not hold out much hope that I would change my mind.

My son is always asking me, “When are we going to move home Daddy? I miss Ireland. ”

My response is always, “Son, I miss Ireland too but I cannot move home without a job”. Then I try my best to explain what a “Catch 22” situation is, but it’s not easy for an 8-year-old to understand.

I just want to live back in Ireland. I want my children to grow up in the country they were born in, and I want us to be happy.

So which of the Irish political parties is best placed to make my return to Ireland a reality?

To be honest with you, after much research and soul searching, I don’t think it matters a jot which party is in power. As far as I can see, none of the parties care about the people who have left. It’s a case of “out of sight out of mind”, and because we do not have a vote, we do not exist.

It is up to me to make a return possible for my family. Back to the job hunt.

Ross O’Carroll-Kelly: ‘They want us to vacate this place so they can use it as a love shack?’
2

Let’s go outside: The why, how and where of getting outdoors, whatever the weather
3

Seán Moncrieff: Where am I from? I don’t know
Real news has value SUBSCRIBE