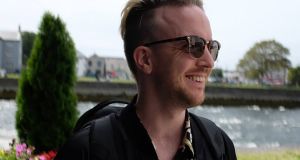 Philip Brett is back in Co Galway from South Korea

My last six months in South Korea were a rollercoaster ride of daily emergency alerts and face masks. While the initial response was effective, spasms of uncertainty rolled around the country. Numbers spiked, and I spent March at home after a confirmed Covid-19 case visited the academy where I taught. Later, a church two blocks from my apartment was responsible for a small surge in local numbers.

Busan is the second biggest city in Korea, with a population of almost 3.5 million, but there had only been 157 confirmed cases and three deaths when I left.

Looking at the initial Irish response from afar, I felt safe being in Korea. The idea of returning home felt like a gamble. A country with a 12th the population of Korea by then had 11,000 more cases and 1,500 more deaths. However, I had my first break from work since my last trip home four years ago, and I didn’t know when I would have another chance to travel.

Approaching immigration, one staff member in a mask called for people with EU passports to come forward. Passengers pushed by each other, making the social-distancing layout ineffective

Approaching Incheon Airport in Seoul by subway, the three metre-wide carriage allowed for easy social distancing. Security screening started with body temperature checks and hand sanitiser. Airline staff passed out visors to be worn for the duration of my flights to Doha and on to Dublin. Face masks, hand sanitiser and latex gloves were all distributed on the plane. The level of preparation was reassuring, and my nerves eased more once we were in the air.

After touching down in Dublin through thick rain clouds that obscured the airplane wing from the window, the first thing I saw was a tractor driving along the road parallel to the runway, swiftly followed by a herd of cattle in a neighbouring field, and a group of hares huddling on the grass immediately beside the taxiing plane. I was definitely back in Ireland.

Approaching immigration, one staff member wearing a mask called for people with EU passports to come forward. Passengers pushed by each other, making the social-distancing layout ineffective. The immigration window had multiple openings in comparison to other airports, with plenty of space for droplets to pass through. Initially, I thought it was just a one-off situation. Maybe I was overthinking it.

With face masks a normal part of life for me in Korea, I instantly noticed people without them as I exited baggage claim area. Families and friends gathered to welcome people home with hugs. All my concerns about safety measures in Ireland returned. Was I overly paranoid? Only 2 per cent of cases came from overseas travel, but 66 per cent came from close contact, figures showed then. I was seeing a lot of close contact.

I quarantined with my brother and his partner, who had travelled from the UK, in an Airbnb in Co Galway. We did so to ensure we didn’t take the virus back to our parents, whose home is also in Galway. Without that motivation, quarantine could easily have been avoided. The switch from paper to digital quarantine forms is a welcome upgrade, though I think it is still easy to submit false information. The Covid Tracker app was released during our quarantine, though I had no further contact or follow-up about my location over those two weeks.

In comparison, new arrivals in Seoul face tighter entry restrictions. I’ll need a medical certificate clearing me of Covid-19 symptoms 48 hours before boarding the plane when I head back; without this my visa will be cancelled upon arrival. I will be tested immediately if I display any symptoms at screening on entry, and moved to a treatment centre if I test positive.

If I don’t quarantine when I get back to Korea I will face a €7,000 fine or a year in prison. People are given firm instructions to follow, with repercussions if they don’t

If I don’t show symptoms I’ll still need to quarantine at home for 14 days, get tested within three days of arrival in Korea and install an app that tracks my location to ensure I remain in quarantine. If I don’t quarantine I will face a fine of up to 10 million won (a little more than €7,000) or a year in prison. There is no hint of suggestion here. People are given firm instructions to follow, with repercussions if they don’t.

The biggest challenges we faced in quarantine in Ireland revolved around internet speeds and the weather. With my brother and his partner continuing to work remotely, there were a number of devices fighting for the weak signal in rural Ireland. When 500mbps is considered slow in Korea, trying to upload a podcast on 20mbps drained my soul. The endless rain increased the feeling of being trapped and as the second week started, cabin fever began to set in. Days blurred into one another and Netflix, Mario Kart, board games and podcasts kept us amused.

My delayed arrival back home brought fresh excitement. The first hug from my mother was a reminder of who the extra measures and quarantine are for, and why they are worth it. Four years of waiting to see family again meant two more weeks was easy. It is wonderful to be home eating my mother’s freshly baked bread and apple tarts. You definitely can’t get better than that in Korea.

I will be returning to Korea this month. I was teaching in a private academy to elementary, middle and high school students, but I’ve just finished that job. I also run a website focused on the independent creative scene in Korea called Angle Magazine, host a weekly music podcast about independent Korean music called Amplify Korea, and make an annual audiovisual featival called Big Day South, along with promoting other local music events.

Sunny side out in tropical Sandymount semi for €1.595m
Real news has value SUBSCRIBE