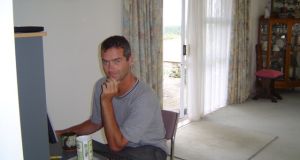 Barry Ward: Distinguished himself both academically and through sport when he was younger

Barry Ward, from Carrigallen, Co Leitrim, contracted Covid-19 while living in the city of Dumaguete on the island of Negros in the Philippines.

He had previously suffered from dengue fever, and a compromised immune system may have contributed to his premature death at the age of just 48.

Barry distinguished himself both academically and through sport when he was younger. His love of books and sport began at Carrigallen National School. He won his first All-Ireland medal in the Community Games, then held at Mosney, as a determined 10-year-old, and followed up by winning the gold two years later at under-12 level.

He progressed to St Patrick’s College, Cavan, where he won athletic and squash titles as well as representing the school’s Gaelic football teams as a goalkeeper. He won numerous other provincial and national athletic awards as a sprinter, long-distance runner, high jumper and finally as relay anchorman.

After leaving school, Barry moved to England to study law, but a keen interest in computers turned from a hobby into a career after he graduated with a master’s degree in computer science from London South Bank University.

He worked as a programming contractor in London for many years before accepting a position in Dublin. He decided to start his own IT company and create a content management system.

This brought him to the Philippines where he had an office in Dumaguete city. Barry spent his last decade in this region travelling around Cebu, Argao and Dumaguete working, socialising, cycling and living in a climate he loved.

His younger brother Pearse says Barry was “gentle, kind, and hugely talented and we will always cherish his memory”, and the family took pride in what many of Barry’s friends said about him after his death.

Those who posted tributes on Rip.ie testified to his decency and generosity as a person. “I am a better person for having known Barry,” one wrote. Another stated: “He was an absolute gentleman and I have nothing but fond memories of him.”

Barry was predeceased by his father, Brendan, and is survived by his mother, Eileen, brothers Manus, Emmet and Pearse, sisters-in-law Majella and Lorraine, and nieces Ella, Kiera and Lexie.