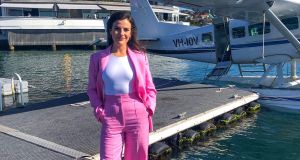 Alice Murphy: For many emigrants there’s also an elusive longing for things that might have been, but never will be, so long as we continue to live abroad.

As an Irish citizen living in Australia, I’ve felt great frustration and deepening anger while following this election campaign in newspapers and on social media.

After growing up in Drumcondra on the north side of Dublin, I moved to Sydney in Australia almost two years ago when I was 24 years old.

I left in search of adventure and greater job opportunities, and to escape the soaring rent and disproportionately low salaries crippling young people in Ireland.

I want to return home, some days more than others, but I’m frightened when I look at the difficulties faced by the friends and family I left behind. The few who can afford to rent are cash strapped out of normal existence, unable to get ahead even with well-regarded university degrees and what were once well respected, well paid jobs. The ones who left and have since returned to Ireland talk of little but where they will travel to next, because “there’s nothing for us at home’”- and there won’t be, not if things carry on as they are.

Almost 12 years since the Lehman Brothers made their way into everyday vernacular, the line for the dole is undoubtedly shorter and the economy has largely recovered in Ireland, or so they tell us with increasing vigour as we approach polling day this Saturday.

But if all is golden on the Emerald Isle, why are so many of its bright young people continuing to chart courses far from home? And why, once we go, are we denied hand, act or part in choosing the government that will lead and define our country for years to come by our lack of a right to vote from abroad?

I’m part of the generation that grew up as the roar of the Celtic Tiger reached its peak. As the world reeled from plummeting share prices and banks rapidly reneged on loans in September 2008, the Ireland of our childhood disintegrated before our eyes.

Seemingly overnight, the prosperity and glittering excesses of twice-yearly family holidays, home extensions and private schools, which much of the country had come to take for granted, evaporated, replaced by forced redundancies, heaving social welfare queues and plaintiff “For Sale” signs, silently shouting their willingness to accept an offer from the lowest bidder.

The crash and its aftermath meant many young adults were confined to their parents’ spare rooms, languishing in a limbo, and not being able to save, which rendering them ineligible to secure a mortgage.

That limbo is better known as Ireland’s housing crisis, and it’s the cornerstone issue of the looming general election.

Many Irish people had to leave. And now why should the Irish abroad accept being stripped of the right to vote by the very system that left us with little choice but emigration in the first place?

Just over two months ago, I watched British friends in Sydney cast votes via proxy in the history-making UK election.

They had their say, for what it was worth, and watching them do so made me blisteringly aware of how Irish people living abroad have been effectively gagged by our own electoral law since the constitution was enshrined in 1937.

Ireland joins just four other European states in stripping citizens who live abroad of the right to vote, extending that entitlement only to those living inside the borders of the Republic.

Our legislation is among the most restrictive in Europe. Under current law, emigrants retain the right to vote for 18 months after leaving Ireland, but even then we must seek time off work and pay for often expensive flights home, a prohibitive cost for most living overseas across the US, Canada, Australia and New Zealand in particular.

There is no postal, no proxy vote for the hundreds of thousands of us scattered across the four corners of the globe, from the bustling streets of London to the sandy shores of Sydney where we have travelled in search of better lives.

More than one in six Irish people over the age of 15 now live overseas, many driven from the towns and cities we love by toxic work culture, hours long M50 commutes, skyrocketing rent - now 40 per cent higher than boom time prices - and salaries insufficient to keep up with the ever mounting cost of living.

Yet Ireland has the highest proportion of adults living abroad out of all OECD countries.

In my view those statistics should be significant enough to change the course of any election, but they’ll remain irrelevant until changes are made to our electoral law.

Life is good here in Australia; in fact, it’s wonderful. But something of the paradise is tainted by the quiet, gnawing knowing of the fate that may await me if I decide to return home.

For many emigrants there’s also an elusive longing for things that might have been, but never will be, so long as we continue to live abroad.

For weekend afternoons spent with ageing parents, reminiscing on the past.

For grandparents’ joy at celebrating the birth of their first grandchild in the flesh instead of through a flickering FaceTime connection.

For birthdays, weddings and funerals, the latter which never fails to throw the agony of the miles between into sharp relief.

The Italian model gives emigrants the right to vote in parliamentary elections by post or at the Italian embassy in their adopted country.

In countries with no Italian diplomatic representation, citizens must return home to cast their vote, but anyone who does so is reimbursed by the government for 75 percent of their travel costs. So why can’t Ireland enact similar legislation?

For the next election, I want to walk side by side with the thousands of Irish down under through the doors of our Embassy on Market Street, to have our votes counted.

Doctors on Covid-19 frontline: ‘What I miss most is normal human contact’
Real news has value SUBSCRIBE