Tell Me About It: Be clear about mutual roles when dealing in sensitive information 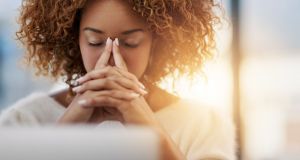 It seems you mistook the interest in your sex life as a normal, buddy question but this takes you into the murky waters of power and sexual fantasy.

I am a woman in my mid-40s and to my own mind a successful career woman having climbed the ranks in a fairly niche area of business. I am someone who has always been respected for getting the job done, while retaining high ethical standards. I am sure many people think that I am fairly formidable and I am aware of a few nicknames that have been used to describe me, but that never bothered me too much. I am single and have never been in a long-term relationship. Following a boozy business lunch over Christmas with several male colleagues, I was asked how I managed without sex. Such a question would never normally arise, but given that we were all fairly drunk I told them that I do have sex and fairly regularly.

My colleagues were intrigued and I explained that over the years I have had a number of lovers and sometimes enjoy one-night stands. This information is true and it is part of my life that I am not ashamed of. I do not despise relationships, but I don’t seek them out either. However I do like sex. I am always upfront with any potential lovers and don’t think that I use people. Unfortunately this information was not received well and I know that I have been the subject of gossip. I have received a few indecent proposals, from colleagues, some in jest, some not. I also believe that my reputation has been sullied and as I am no longer able to command the authority I once did and my targets are down substantially. The area of business is currently in an upturn so I am reasonably sure my poor performance is due to my disclosure. I have not lost any self-respect, but I have invested a large portion of my life in my work. My skills are not that transferable and I am terrified that I will not regain my foothold in an area of work that I love.

Mistakes are often made when we forget or misjudge the role we are in. For example if a parent hangs on to the roll of boss when they come home then resistance and anger ensues – what is perfectly normal behaviour at work turns into inappropriate or even abusive behaviour at home.

When your colleagues or direct reports are in your company, you are the boss or at least a work colleague and it creates a schism in the relationships when this is forgotten or broken. This happens most often when there is drinking involved as our usual boundaries are lowered and we say and do things that we would not do in sober circumstances. The easiest way to bring yourself back to how to behave in any situation is to focus on who is in front of you as that tells you your role and its responsibilities: when your parent is in front of you, you are a child with all the attendant rights and responsibilities; when your work colleagues are in front of you, you are boundaried by the limits of that relationship. Right now you are someone who has experience, skills and knowledge that need to be respected and you must demand this while managing your own feelings following the disclosure.

You say that you are not ashamed by your sexual life but perhaps you are shamed by your lack of judgment with your male colleagues. We all make mistakes and the task is to learn from them while not constantly beating ourselves up. It seems you mistook the interest in your sex life as a normal, buddy question but this takes you into the murky waters of power and sexual fantasy.

While equality is a legal and political right, there are still some subconscious barriers to this and the notion of a woman being authoritative in the workplace raises some challenges. Sexuality brings this to centre-stage and power can be restored by fantasising domination through identifying the authoritative woman as a sexual object. You say you have had a few indecent proposals and it is a hard lesson to learn that there are different rules for men and women when it comes to casual sex. No doubt a man in a similar situation would be lauded for his prowess and may even be the object of envy, while the woman has to prove her work performance and her career trajectory to the world.

You say that you are considered “formidable” and now is a time to use this capacity – you have handled nicknames previously and this experience needs to be drawn upon now. The danger is that you overplay your aloofness or emotional distance and this might only serve to invite further comment. Stand up for your principles, trust your work standards and while being collegial with your male colleagues remember the role you are in when with them. Finally, get back to enjoying your life and your work.

1 Scientists uncover biological signatures of the worst Covid-19 cases
2 Two men face fraud charges over £1.2bn sale of Nama’s Northern Ireland loan book
3 How a ship abandoned by its owner brought deadly cargo to Beirut
4 When I think it won’t hurt too much, I imagine the children I will not have
5 Dublin City Council begins action against Shelbourne Hotel for removing statues
6 Covid-19 may spread more easily in schools than thought, US report warns
7 Kathleen Swaine obituary: The ‘coolest, most beautiful cat in town’
8 Coronavirus: Community transmission picking up pace as only eight counties see no increase in cases
9 AIB defends ‘incredibly’ high €1.2bn loans charge as 2008 haunts
10 ‘I wandered around Dublin wondering: Is this what they call a capital city?’
Real news has value SUBSCRIBE