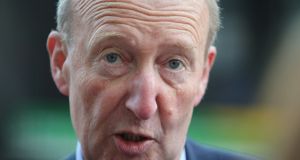 Minister for Transport, Tourism and Sport Shane Ross has said Minister of State John Halligan will not be running again for election.

He also said that Stepaside Garda station in his Dublin-Rathdown constituency will re-open “within a couple of weeks”.

Mr Halligan has not yet confirmed that he will not stand again in the Waterford constituency and has been unavailable for comment.

The Minister said “not at all” when asked if it was the end of the Independent Alliance.

Speaking to reporters outside Leinster House he said that “they would be large losses if they had both gone” but he said Mr Moran had stepped down “for the election’s sake” to run an Independent campaign.

“We’ve always run as Independents with independent platforms. It doesn’t mean anything like that,” that the Alliance was ended.

The Independent Alliance had four members – Mr Ross, Mr Halligan, Mr McGrath and Mr Moran – and had been Fine Gael’s main coalition partner for the past four years.

Mr Halligan has been considering for a number of months whether to stand again but Mr McGrath’s decision to stand down was unexpected.

Mr Ross also insisted to reporters that Stepaside Garda station, the re-opening of which he has championed since he became an Independent Alliance Minister, will be up and running shortly.

“Stepaside Garda station will re-open within a couple of weeks. It’s actually been handed over to the gardaí. Gardaí have been recruited and it will re-open very, very shortly”.

The Minister added that he was “very hopeful” that the controversial Judicial Appointments Commission Bill to reform how judges are appointed, would be revived “at its present stage under the next government”.

He stressed that the Bill “hasn’t gone. It’s just there and it can be picked up by the next government.”