‘Parachute’ payments of €2m for TDs and Senators who lost seats 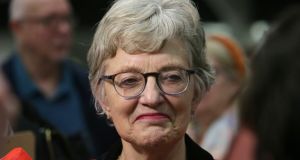 While some Ministers – including Katherine Zappone (above), Kevin ‘Boxer’ Moran and Regina Doherty – lost their seats, they are not entitled to higher payments than their TD colleagues. Photograph: Damien Eagers/The Irish Times

Dozens of Senators and TDs who unsuccessfully stood in the general election are entitled to almost €2 million in parachute payments between them, an Irish Times analysis has found.

The 45 TDs or Senators who were on election tickets but failed to win a seat are eligible for a range of payments – some as a lump sum, others spread over a longer period of time.

However, politicians may not draw down the payments they are eligible for, for a variety of reasons. Those eligible for a pension who choose to draw it down cannot take advantage of severance payments. Those who don’t immediately claim their pension can. It’s important to note also that some TDs waive allowances they are entitled to, so their actual payouts may be lower than they are eligible to claim.

Almost all Dáil deputies can claim a so-called “termination lump sum”, so long as they have six months’ continuous service as a member of the Houses of the Oireachtas. So, all the unsuccessful candidates, as well as members of the Seanad whose reappointment status is yet to be determined, will be eligible in principle, except for Fianna Fáil’s Malcolm Byrne, who only won his seat in November’s Wexford byelection.

They lose the payment if they become a member of the next Oireachtas, if they immediately become an MEP or are appointed by the government to a full-time position. The lump sum is subject to the usual Revenue Commissioners rules on the taxation of severance payments.

The second – and often more substantial – element of the payout comes in the form of a series of monthly payments. How much is paid out, and for how long, depends on how long a member has been serving in the Oireachtas.

Someone serving  as a TD  for three years or more who loses their seat is eligible for phased payments over a period of months, initially at 75 per cent of their salary, and dropping to 50 per cent of salary thereafter, if they have been serving long enough.

For a basic TD salary of €96,189, the higher payment is worth €6,011 per month. If they are eligible for continued payments due to length of service, this drops to just over €4,007 for the remainder. The most payments anyone can get is 12, six of the higher, and six of the lower amount. Unlike the severance payment, this is subject to tax, PRSI and levies like the USC.

However, because of longevity and extra money on offer for roles within the Oireachtas, like chairing committees, acting as a whip, or Leas-Cheann Comhairle, payments can be higher.

While some Ministers – including Katherine Zappone, Kevin “Boxer” Moran and Regina Doherty – lost their seats, they are not entitled to higher payments than their TD colleagues. This is because special severance packages for TDs were abolished in 2014. Their payment eligibility is based on a TD salary, rather than their take-home pay, which is topped up by their department. Therefore, long-standing TDs who have roles within the Oireachtas rather than the government are in fact eligible for the highest payments.

* This article has been amended to correct a calculation error in the original version.

McDonald says SF meetings not ‘an affront to democracy’

1 IRFU seek meeting over call to postpone Ireland-Italy match
2 Could Ireland put towns under lockdown if coronavirus arrived?
3 Dublin man may have been stabbed to death by woman in parking space row
4 Why Sinn Féin will not call the State by its name
5 Father-of-three found guilty of murdering Patricia O’Connor
Real news has value SUBSCRIBE