Fine Gael’s Bernard Durkan, who is heading towards his 75th birthday, has been returned to represent Kildare North 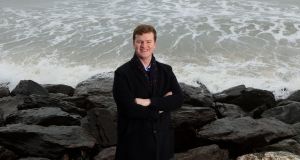 Cork East TD James O’Connor: he is the third youngest Fianna Fáil TD ever elected – behind Mary Coughlan in 1987 and Lorcan Allen in 1961. Photograph: Twitter.

James O’Connor will be the baby of the 33rd Dáil. The 22-year-old will enter Leinster House as the third youngest Fianna Fáil TD ever elected – behind only Mary Coughlan in 1987 and Lorcan Allen in 1961.

But despite being born in the late 1990s, the Youghal native is not a political novice having been elected to Cork County Council last May, before securing the second seat in Cork East on Sunday.

Before becoming a councillor O’Connor had interned with Fianna Fáil leader Micheál Martin and justice spokesman Jim O’Callaghan. He also worked for the outgoing Minister of State for Higher Education Mary Mitchell O’Connor on the issue of consent.

Going back even further to when he was aged 14, O’Connor was a member of Comhairle na nÓg and successfully lobbied the then minister for transport Leo Varadkar to make public transport fares more child-friendly

When told by The Irish Times that he was the baby of the new Dáil, O’Connor expressed surprise. He had thought that mantle was already taken by Louis O’Hara, a 21-year-old Sinn Féin candidate, who came close to being elected in Galway East.

“I thought if he was elected he’d at least take the attention off me as the youngest TD in the Dáil,” O’Connor laughed.

It has been quite a year for the young politician, who was only added to the Fianna Fáil ticket for the local elections nine weeks before last May’s polling day.

He was elected back then after running what he described as a “very positive campaign” which saw his team knocking on doors as part of a traditional canvass while also using social media to reach a wider, and possibly younger, audience.

O’Connor said his team grew after he found his way onto the ticket for the general election.

“I’m not from a political family at all,” he said. “My mother is a food scientist and my dad is a dairy farmer. My mother’s family is staunchly Fianna Fáil, mind you, while my dad’s would be more of a Fine Gael family.”

He deferred his business degree finals in Trinity College Dublin after being elected to Cork County Council, and looks set to defer them again now that he has entered the Oireachtas.

“I am going to make the most of the time I have as an elected representative. I am not sure how long I will be in politics, but I believe that there is no point in staying in it just for the sake of it and if you are not affecting change. I love what I do, mind you, and once you have the grá for politics it never really feels like work.”

At the other end of the age spectrum in the 33rd Dáil will be Fine Gael’s Bernard Durkan, who is heading towards his 75th birthday and has just been returned to represent Kildare North.

He first entered the Dáil in 1981, and apart from a blip in the first of the two general elections held in 1982, he has been re-elected at each time of asking.

When asked what advice he would give the new baby of the Dáil, Durkan said the the only words of wisdom he had for any new TD were “to do the job honourably and honestly, and to treat people with respect”.

He said that in recent years politics had become increasingly toxic, and he said he was of the view that “animosity and recrimination in public life is unnecessary”.

“We need to have self-respect and respect for other people,” he said.