Fine Gael criticised for not having focus groups in every region 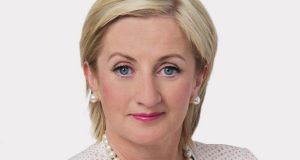 Áine Collins TD: not the time for a leadership contest but she said the “whingers” comment by Taoiseach Enda Kenny did the party some damage

A number of former Fine Gael TDs have criticised the party’s general election campaign. Former minister for justice Alan Shatter said the communications strategy was a disaster and there was an over-reliance on focus groups. He believed the Taoiseach had serious questions to answer but senior Fine Gael Ministers must also share the blame.

Outgoing TD for Cork South West Noel Harrington said the “heavy artillery” did not play their role in the campaign. “You could have pointed to the three or four who would have seen themselves as contenders. Leo Varadkar was in charge of messaging – and well, there you are. Simon [Coveney] was in charge of policy and Frances [Fitzgerald] was in charge of strategy and didn’t bring in a second seat in her constituency.

“The point is, when it was obvious it was going south, when it needed a bit of heavy artillery, whether it was by design or default, the Taoiseach was front and centre. It wasn’t working and nobody came out to save it.”

Áine Collins, who lost her seat in Cork North West, said decisions were made by party headquarters without any consultation with TDs. She said the parliamentary party was told “this was the campaign we were rolling out and we were going to see it through to the end”.

Former minister of state John Perry, who also lost his seat, agreed: “Instead of having focus groups in Dublin 4, they should have had focus groups in every region. There would have been a different message. The Dublin 4 focus group doesn’t reflect the country and that is where it went wrong.

“The best focus group is the parliamentary party and they don’t listen to them either. People had seen a recovery but not in their personal finances. “It is very important you don’t lose sight of your customer and we possibly lost sight of our customer.”

Ms Collins said it was not a time for a party leadership contest but she said the “whingers” comment by Mr Kenny did the party some damage. “A change of leadership or a heave will not do us any good. It will only divide us when we need to be united but there needs to be changes. People’s opinions ought to be sought and there needs to be inclusiveness.

“We need to change that and we cannot afford to get it wrong. Enda has done a very good job; I don’t know how he has stayed going for the past five years. His work ethic has been unbelievable. He never stops but that doesn’t necessarily mean you make the best decisions. Sometimes you have to take a step back and review the situation.”

Outgoing Galway East TD Paul Connaughton said the campaign never got off the ground. He said the party had lost the support of the grey vote and claimed he tried to relay that back to the leadership but to no avail.

“I don’t blame anyone in Dublin for losing my job but I don’t think they helped it either. I think it was a kind of neutral interaction more than anything else. I am no longer in politics so it is up to other people in the parliamentary party whenever they meet again to discuss what happens now.”