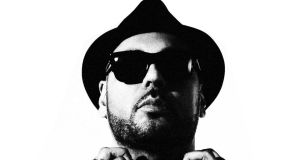 About eight years ago, The Kooks were one of the most popular UK pop/rock bands in Ireland (2006’s debut album, Inside In/Inside Out, achieved double platinum status here), so it’s little wonder that this latest batch of gigs have been close to sell-outs.

Now here’s a musician who’s been there and done that, having toured the globe with Riverdance, and released two very fine solo albums of her own. Fiddle and concertina are her instruments of choice, and Ní Charra’s ultimate trump card is her effortless fluency in both. One of the most charismatic performers in traditional music these days, she’ll relish the intimacy of this Cúl Aodha venue.

Sanchez is the only performer on these pages who can list cameo appearances as a breakdancer in seminal flicks Krush Groove and Beat Street on his CV. The former breakdancer from Queens, New York went on to enjoy remarkable success as a DJ and producer. Support from Billy McGaley, Rory Hannaway, Davy Kaye and Guerilla.

The second instalment of Jazz on the Terrace’s double bill piano trio series sees pianist and songwriter Carole Nelson – one half of soulful duo Zrazy– step into the spotlight, with support from bassist Cormac O’Brien and drummer Dominic Mullan. Then “first call” accompanist Johnny Taylor debuts his own trio with Mullan and bassist Damian Evans.