Normal People nominated for four Emmy Awards in US 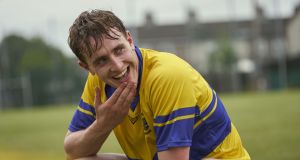 Normal People’s Paul Mescal earned a nod for lead actor in a limited series or movie in recognition of his portrayal of Connell. Photographer: Enda Bowe

Irish-based television series Normal People has been nominated for four US Emmy Awards, it was announced on Tuesday.

However, the acclaimed show missed out in the limited series category and Mescal’s co-star Daisy Edgar-Jones also missed out.Mescal faces A-list competition in the form of Hugh Jackman (Bad Education), Mark Ruffalo (I Know This Much is True) and Irons (Watchmen).

The nominations ceremony for the biggest night in US television was held virtually due to the coronavirus pandemic.

Normal People, was first screened online on BBC Three, has broken downloading records in the UK with more than 23 million download requests and 16.2 million requests for the whole series. There were four million downloads in Ireland for the 12-part series. It also aired on BBC One and RTÉ One.

It has been sold in all the major European television markets, in the US, Canada, Latin America and even in China. The series was funded by BBC Three and the US streaming service Hulu in association with Screen Ireland. Normal People was produced by Element Productions, Ireland’s largest television and film production company.

The programme looks at the relationship between Connell and Marianna following them as teenagers in Co Sligo to their life as students Trinity College Dublin. The series is based on the second novel by Rooney and was which was mostly filmed in Tubbercurry and Dublin.

Olivia Colman and Jodie Comer also secured Emmy Award nominations. Colman was recognised in the category of outstanding lead actress in a drama for her portrayal of the Queen in Netflix’s The Crown, while Comer, who won the award last year, was nominated for Killing Eve.

They are up against other stars including Jennifer Aniston, Sandra Oh and Zendaya.

Scottish star Brian Cox was also nominated in the outstanding drama actor category for his role in Succession. He will be up against actors including his Succession co-star Jeremy Strong and Jason Bateman in Ozark.

The Emmys are the biggest night in US TV and recognise excellence in the medium.

The build-up to this year’s nominations announcement was severely disrupted by the coronavirus pandemic.

While the major platforms, including HBO and Netflix, would usually hold glitzy events to promote their shows to the TV Academy’s voting body, made up of roughly 23,000 industry figures, this time around they were forced to go virtual.

The health crisis has thrown the wider awards show industry into disarray.

Major Hollywood events including the Oscars, Screen Actors Guild Awards and Golden Globes have been postponed in response to the pandemic halting production and closing cinemas.