Hitler’s first name, the Taj Mahal, a bird with a long neck, and as happy as a... 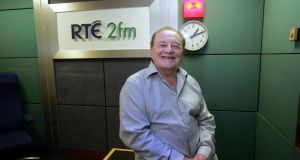 Larry Where is the Taj Mahal?
Caller Opposite the dental hospital

Larry What is the capital of France?
Caller F

Larry Who would use a shuttlecock?
Caller An astronaut