How did Stuart Lubbock end up dead in Michael Barrymore’s pool?

TV review: Barrymore – The Body in the Pool is unbearable to watch, impossible not to watch 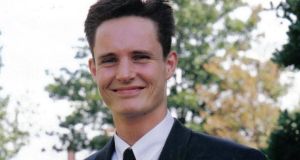 How did Stuart Lubbock come to be floating face down in Michael Barrymore’s swimming pool in March 2001? The question is not new. It has dogged the former ITV star for the past 19 years, turning a one-time national treasure into a pariah.

But Barrymore: the Body in the Pool (Channel 4, 9pm, Thursday) goes beyond tabloid tittle-tattle to devastatingly chronicle both the events surrounding the death and its fall-out. And to ensure that Lubbock has restored to him some of the humanity snatched away with his demise.

Barrymore declined to speak to Channel 4. He was arrested along with two other men by Essex Police in 2007 on suspicion of murder and serious sexual assault but released without charge. He has always denied any involvement in Lubbock’s death.

Clearly, this is a tangled trail. Experts agree Lubbock (31) is unlikely to have simply drowned at the entertainer’s Essex mansion and that the injuries he suffered are consistent with sexual assault. “I cannot contemplate any circumstances where this was a consensual act,” says one.

It is a ghastly business. Channel 4, to its credit, is careful not to wallow in the grisliness. The dead man’s father and brother, both broken and numbed, their lives destroyed, testify to Lubbock’s charm and irrepressibility. “If I try hard, I can think of Stuart as a child, as a person, as a man,” says his father, Terry. “If I try hard. But it’s very, very hard because this thing is so big that it smothers everything.”

While correctly maintaining the focus on the family’s grief and the tragedy of Lubbock’s death, the programme also frames the scandal in the context of the times. We are reminded, for instance, of the widespread shock and even disbelief when when the married Barrymore came out as gay in 1995.

There is a temptation is to apply the standards of the present day to the relatively recent past. So it is bracing to be reminded just how widespread casual and institutionalised homophobia were in the 1990s. In the aftermath of the Leveson phone-hacking inquiry it is also chilling to recall the insatiability of UK tabloids. “Truth does matter,” says former News of the World reporter Paul McMullan. And then, a pause. “In this case it didn’t really.”

One noteworthy aspect of the story is the determination of the Essex police, who reopened the investigation on several occasions. Today the force accepts that it failed to seal off the scene of Lubbock’s death adequately and that key evidence has gone missing.

Barrymore remains inscrutable. Looking back on his prime as Britain’s favourite entertainer, he comes across as manic and unable to grasp the concept of boundaries. We see him pretend-fondling Cilla Black and clambering all over a member of the public. The audience hoots and roars where today such aggressive mugging would be regarded in a more sinister light. He is clearly crossing boundaries and getting inside their comfort zones.

His attempt to rekindle his career takes a visible toll – on Barrymore himself but more importantly on Lubbock’s family. Some of the details are striking. One reason ITV was reluctant to put Barrymore back on screen was because of the high percentage of TV ads featuring swimming pools. Matters of life and death, success and failure, could come down to that.

Without the input of Barrymore or any of the guests who attended that early-morning party at which Lubbock died, it is difficult to draw conclusions as to what did happen. Where Barrymore: the Body in the Pool succeeds is in putting Lubbock’s memory front and centre, while communicating the ferocity of the media frenzy that followed his death.

It is at times unbearable to sit through but also impossible to look away from.