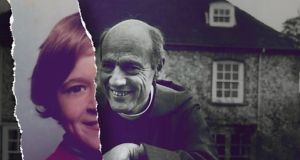 Church cover-ups, nod-and-wink policing and sexual abuse sound like the raw ingredients in a stereotypically Irish scandal. So it is revealing – “novel” feels too flippant – to witness the same baleful forces spreading their rot within the Anglican hierarchy in Exposed: The Church’s Darkest Secret (BBC Two, Monday and Tuesday, 9pm).

“Evil” is a word used over and over in part one of Ben Steele’s two-part documentary about disgraced Bishop Peter Ball and the British establishment that turned a blind eye to the depredations he inflicted on vulnerable young men. In interviews with survivors and in sensitive and sparing dramatic reenactments director Steele gazes unflinchingly into the darkness that took root in the episcopal wing of the British state and for decades proved impossible to weed out.

This is a horror story and so there is a monster. Ball, the Bishop of Gloucester, presented himself to the world as a charismatic aesthete. Whether hobnobbing on Wogan or with the Prince of Wales, he had the beatific smile and pixieish twinkle of someone who had found transcendence in self-denial.

But in the shadows he groomed needy young men at his monastic community. At night, away from prying eyes, they were required to drink deep of the chalice of humiliation. He would pressure the acolytes to pray naked, and he dispensed maniacal whippings and beatings. To be one with Jesus, he said, required suffering.

He meanwhile cultivated influential contacts with impunity. Margaret Thatcher was an acquaintance. Ball, an irredeemable narcissist, also bragged about his closeness to Princes Charles. When one of his victims, Neil Todd, went to the police, a senior judge called the investigating officer to speak on the cleric’s behalf. Ball was arrested anyway. At a press conference the following day, a senior bishop offered up his prayers for the accused and for his family.

Ball got off with a police caution and was back officiating within a few years. George Carey, then the Archbishop of Canterbury, declined to pass to the police complaints from other victims.

Only in 2015 did Ball’s crimes catch up with him, as he was belatedly sentenced to 32 months imprisonment for indecent assault.He served two years and died last June aged 87.

The choice of Game of Thrones actor Donald Sumpter to play Ball in re-enactment is slightly distracting. Exposed is far more powerful when giving voice to those who suffered and whose warnings were ignored.

One of these, Graham Sawyer, was essentially blacklisted by the Anglican church in England and Wales for standing up to Ball. He had to go to New Zealand to be ordained and today follows his vocation in Ireland, where he is a rector in Tipperary. Ball still has too many highly-placed friends, Sawyer says, for him to feel at ease in Britain.

His is one of a number of gripping testimonies in an exposé showing that no faith has a monopoly on harbouring monsters. Evil doesn’t care about arbitrary religious divisions and it wears many collars, as this searing investigation reminds us.

Belsen: Our Story. ‘There must be a purpose in surviving. Mine is to speak about it’
10