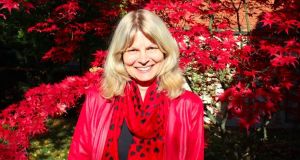 Prof José Van Dijck of Utrecht University: ‘There is hardly any public space, or ‘public good’ sense, in the internet system’.

Scientists are bemoaning a loss of trust in expertise but spare a thought for the lowly journalist. Surveys show trust in science has not plummeted. In fact, it has increased in the United States, and is on a par now with trust in the military, with public confidence rates of well over 80 per cent, according to the latest Pew Research Centre opinion poll.

Contrast this with trust in the media, which has always trailed behind the public’s regard for science and has declined in the past five years – down 4 per cent to 43 per cent in 12 countries tracked in the annual Reuters Institute survey series.

While commentators are quick to blame either politicians or the proliferation of “fake news” for the trend, Prof José Van Dijck of Utrecht University believes there are bigger forces at play.

A prolific author in the field who is taking part in a major Irish-led study of trust, she says it’s important to acknowledge that science and the media have certain similarities in their methods and a shared interest in getting at the truth. Moreover, they both rest of four “pillars of trust” – integrity, transparency, independence and accountability.

These pillars have been undermined in the media by economic difficulties – the shift towards “free news” has meant inevitable cuts in journalism – but the problem has been compounded, Van Dijck says, by a rush away from old values.

“It’s too complex to put out in a few sentences but one of the things that has happened is that mainstream media have tried to mimic social media. They have given up on their own logic and follow social media logic instead. They are now looking towards how many shares they have, how many likes and retweets. It’s really sad because that same social media is undermining their own business model.”

Van Dijck visited Dublin last week to speak at the launch event of PEriTiA (Policy, Expertise and Trust in Action), a three-year research project backed by €3 million in European Union funding. Spearheaded by UCD’s Prof Maria Baghramian and Prof Luke Drury of Dublin Institute for Advanced Studies, it brings together scientists, policy experts, ethicists and psychologists to conduct a multidisciplinary investigation of how trust works and whether it can be sustained in public institutions.

Van Dijck is leading a subgroup examining “trust in a changing media landscape”. She says while opinion polls are grim reading for journalists they are not exactly encouraging for tech moguls. Just 23 per cent of respondents in the last Reuters survey said they trusted news distributed by social media, and this fell to 17 per cent in the case of Ireland (compared with a trust rate of 48 per cent in news overall here).

Facebook’s Mark Zuckerberg’s recent calls for regulation of the internet are an admission that his business model is facing a trustworthiness threat, says Van Dijck, this week’s Unthinkable guest.

“That logic is partly technical. With the ‘like’ button and ‘share’ button and retweet, they are very much hinging on emotional forms of distribution – that is part of it. The economic part is that . . . social media are actually changing the discourse.”

How so?
“YouTube and Facebook are saying: ‘We are not media companies. What we do is send content to citizens without an intermediate filter.’ But that is not as innocent as it sounds because the algorithm is creating a black box that is not independent or transparent.”

Has the mainstream media failed to respond appropriately?
“What the newspapers did was they bundled content, advertisers and users; that was the bundle they offered to subscribers who buy the newspaper. Social media has unbundled that and then starts to re-bundle, gluing users to content to advertisers.

“Those newspapers who still came out of that turbulence very strongly, like the New York Times and other newspapers, are very much set towards quality, independence, fact-checking, and really hanging on to their discourse and their business model, with paywalls. You have to pay for quality, one way or another.

“What you see since 2015 is there a lot more mistrust in social media. So now, for the past year and a half, you see Mark Zuckerberg reviewing his whole stance on news distribution and [on] not checking anything.”

Is he promising reform to help his business, or just to neutralise criticism?
“I think it’s both-and. He is paying lip service to the institutions of trust which are forcing him to comply with a lot of these measures but Facebook will not survive if it does not adapt to the new stage.

“His short term interest is click farms; that’s how Facebook makes money. But, in the long term, if he loses public trust and people are driven away from social media, and particularly Facebook, he will lose his income.

“He has to reflect on what the strategies are. Some of them are opportunistic, of course, but hiring 3,000 editors [plans for which were announced in 2017] is not a small deal. At the same time, he realises that he is never going to work this out with human editors. There has to be an algorithmic process; he has to automate this process to make it work.”

In your book The Platform Society, you highlight the power accumulated by the big five internet companies - Amazon, Apple, Facebook, Google and Microsoft? Do they operate by a similar logic?
“What they do is very similar. They first circumvent the institutions of trust. For example Google have all these educational platforms. They are sort of evading every kind of governmental procedures by going straight to schools, selling chrome laptops with all the apps. You see this in each sector. Amazon goes straight to the customer; it goes straight to the patient.

“The institutions are lagging behind. There is no way they can keep up with legislation for all of these different sectors. That is really a problem right now.”

Does the public have a right to know how their algorithms work?
“Yes, I think so. Algorithmic transparency is extremely important. But they [the companies] will never do that because it gives away their business secret.”

You argue we need to “reinvest in the common good”. What do you mean exactly?
“Public values and the common good are part of my vocabulary. I really want to bring that back. It has sort of has disappeared from our public discourse.

“By the same token, the whole internet space is commercial; it’s commodified. There is hardly any public space, or ‘public good’ sense, in the internet system.

“When it started out in the early 1990s the internet was still very much like a free place, with a lot of public space, and very little commercial interest. Now it’s the other way around. Public space has vanished. The common good is no longer a notion that you can account for on the internet. You have to really fight for something that is, for instance, common data or open data…

“Even the very infrastructure that the internet relies upon is privatised; the data cables that go underneath the ocean, or the satellites, are all part of that commercial system. We used to have public infrastructure. Now we have private infrastructure.”

Why do I feel the urge to “like” and retweet?

Marshall McLuhan replies: “Electromagnetic technology requires utter human docility and quiescence of meditation such as befits an organism that now wears its brain outside its skull and its nerves outside its hide.” 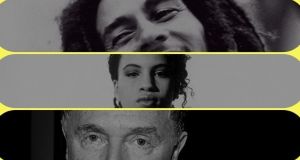