The best of Irish theatre: this year’s nominees

Announcing the ’Irish Times’ Irish Theatre Awards shortlist for 2013. Terrible financial circumstances did not limit the diversity of productions, from knockout operas to one-man shows

For the judges of the Irish Times Irish Theatre Awards, 2013 has not quite ended. “You’re not supposed to see this,” Emilie Pine tells me as they huddle over a long list of names, annotated with pencil. This list is the distillation of 12 months’ viewing professional theatre around the country. Pine, a lecturer in drama and Irish studies at University College Dublin, leads a brisk, incisive conversation as she and her fellow judges, the actor Fergus Cronin and the journalist Alan O’Riordan, attempt to narrow it down.

Two things are remarkable. Firstly, after a year of such conversations, they still seem to get on. Secondly, having seen upwards of 150 productions between them, they still love theatre. “It’s a miracle,” says Pine.

One of the inevitable consequences of determining a shortlist of the best achievements in Irish theatre is that the judges are full of conversation about what’s not on it. “It’s the teacher in me,” says Pine, “but it’s like giving feedback only to people with an A grade. If you had a much longer list or brought in new categories, it would be much more inclusive and perhaps more reflective of what has been an incredible diversity of productions made under really terrible financial circumstances. We wanted to celebrate that diversity.”

To take the shortlist as a survey of theatre in Ireland in 2013, you might draw some broad conclusions. With 11 nominations, it was an exceptional year for the Gate Theatre, whose production of A Streetcar Named Desire is cited in six categories. With just three nominations, the Abbey had a less successful year, with Owen Roe and Hugh O’Conor recognised for their performances, and Gaby Rooney for her costumes, in King Lear, but no other work at the theatre – and, significantly, no new play – featuring elsewhere in the nominations.

Pan Pan leads the independent sector for its bold production of Beckett’s Embers, and its director Gavin Quinn is nominated for two shows: Embers and Opera Theatre Company’s Carmen. Although there are deserved nods for Bush Moukarzel’s Lippy, Rosemary McKenna’s direction on Way to Heaven, and Joanne Ryan’s performance in What Happened Bridgie Cleary, the list is dominated by more established theatre companies. Does that reflect the year accurately?


Integrity, ambition and talent
O’Riordan describes the discrepancy between theatre produced at different levels, those with meagre resources that succeed modestly “but nonetheless with integrity, ambition and a lot of talent”, and big-budget traditional theatre. This underlines the widening gap between younger companies and established stalwarts in an era of dwindling resources and increasing resilience.

Were companies less inclined to take risks this year? “The Abbey did three new plays on the main stage,” says Pine. “They were sticking their necks out. That’s not reflected in the shortlist because they weren’t enormously successful.” O’Riordan says: “We’re saying that they’re taking a risk, but they should lessen the risk by involving more in the creative process leading towards production.”

What defined theatre in 2013 in their eyes? “I thought, during the first half of the year, if I saw another one-man show I was going to have an epic fit,” says Pine. This, they agree, is a consequence of economics – solo shows are thriftier and more portable – but the monologue, the dramatic form of isolation and resilience, might reflect an embattled time. One such play is Mikel Murfi’s The Man in The Woman’s Shoes, which is nominated for best new play. “One of the greatest experiences for me was to see the incredible warmth that it generated between audience and performer,” says O’Riordan. “So there may be life in the one-man show after all.”


Masses of prejudice?
Judges, it is often suspected but rarely admitted, are individual masses of prejudice thinly disguised as objective assessors. Cronin, Pine and O’Riordan are refreshingly frank about their own tastes and how they challenge and complement each other. Yet they are in perfect accord when asked about the state of opera in Ireland. “The sense of theatricality was very strong, and the direction of the productions we’ve nominated was particularly powerful,” says Pine.

The Judges’ Special Award generally serves to acknowledge efforts that might otherwise go overlooked. It’s significant that the New Theatre has been nominated, more for its mission than its individual productions, which the judges admired for consistently producing new work. Together with recognising the canny nationwide tours of Decadent Theatre Company, the form-pushing agenda of Anu Productions and the academic engagement of Carysfort Press, it recognises particular resilience.

So has it been a good year for theatre? There is a moment’s hesitation. “I don’t think it was a brilliant year,” says Cronin, finally. “The writing, without being cliched, is down in a major way.” “The talent is there,” counters Pine. The four pieces nominated for Best New Play, for instance, “are very contained. They really achieve what they set out to achieve and they know where their boundaries are.”

Awards are, inevitably, a recognition of the best an art form has to offer in a given year, and in theatre they are a record of a year in an ephemeral business. But, win or lose, they can also be something more useful: an encouragement to do better still.

This year’s 'Irish Times’ Irish Theatre Awards take place on Sunday, February 23rd, at the Royal Hospital Kilmainham, in Dublin. The judges are:

Alan O’Roirdan is the editor of Playography Ireland at the Irish Theatre Institute and a journalist at Storyful. He has written extensively about theatre and the arts for Irish newspapers.

Dr Emilie Pine lectures in modern drama at University College Dublin. She is the author of a book on Irish theatre, culture and performance. 'The Politics of Irish Memory: Performing Remembrance in Contemporary Irish Culture’, and is assistant editor of the Irish University Review.

Fergus Cronin works with arts, media and community organisations and is a former theatre practitioner 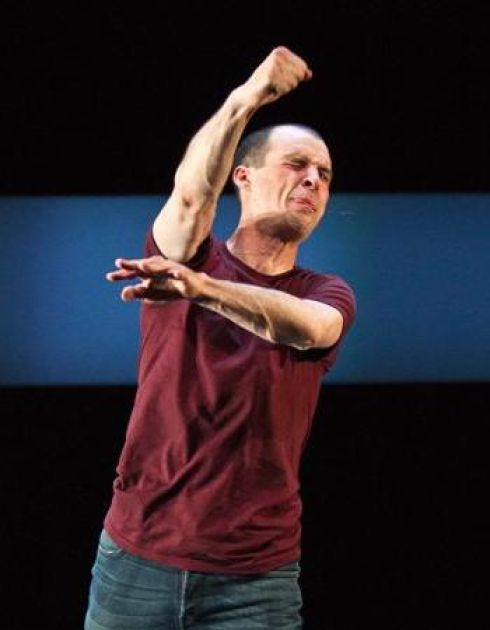 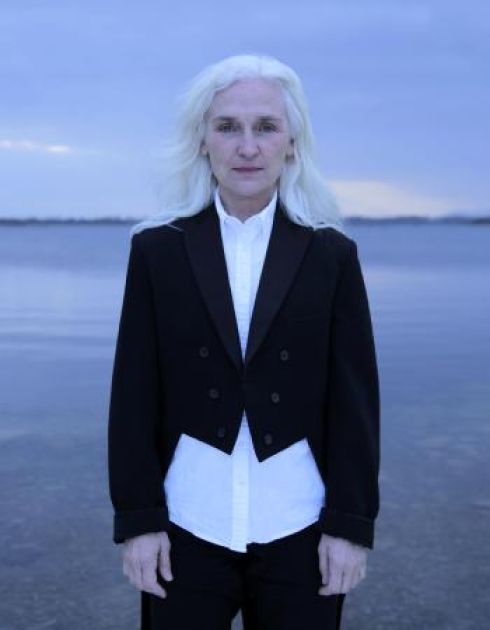 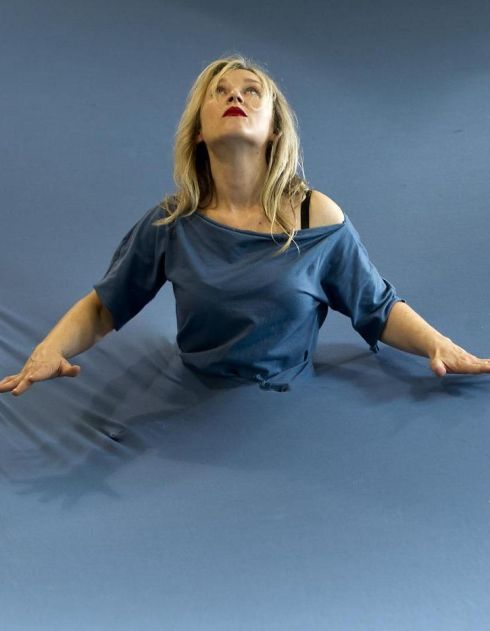 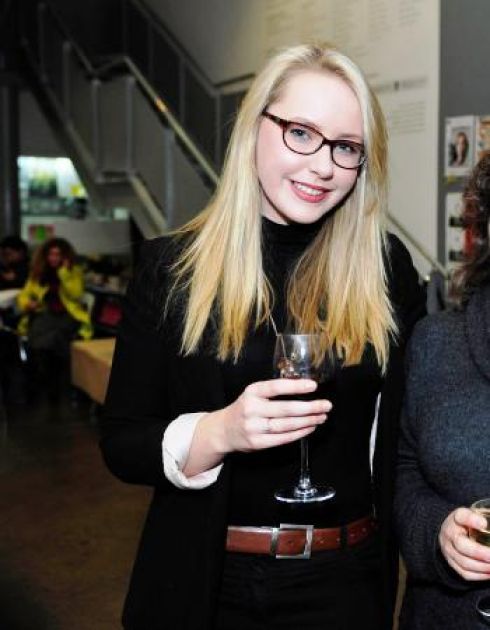 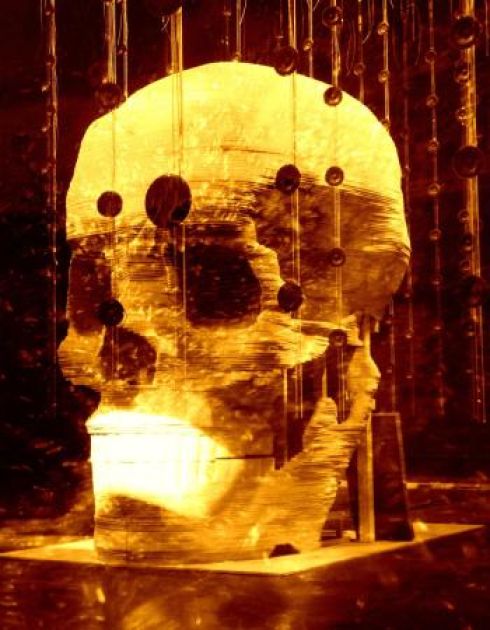 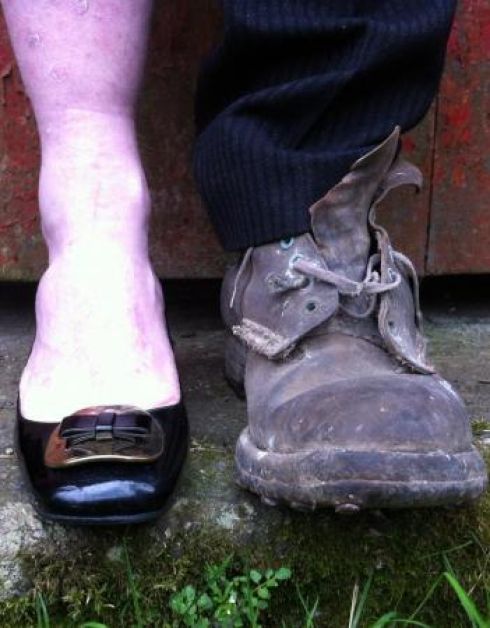 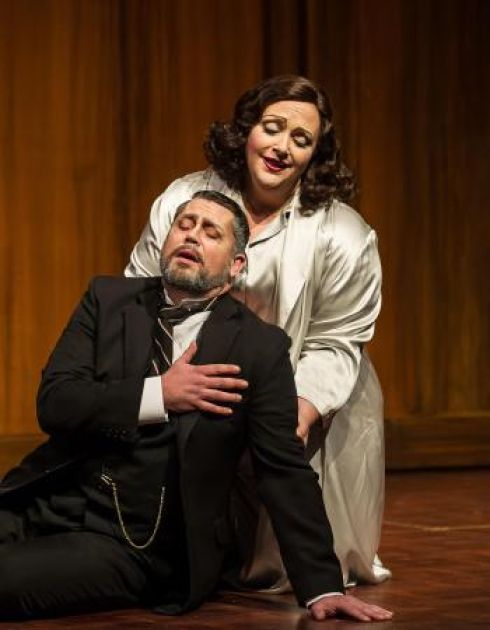 The Importance of Being Earnest
By Gerald Barry, directed by Antony McDonald for Wide Open Opera and Northern Ireland Opera. 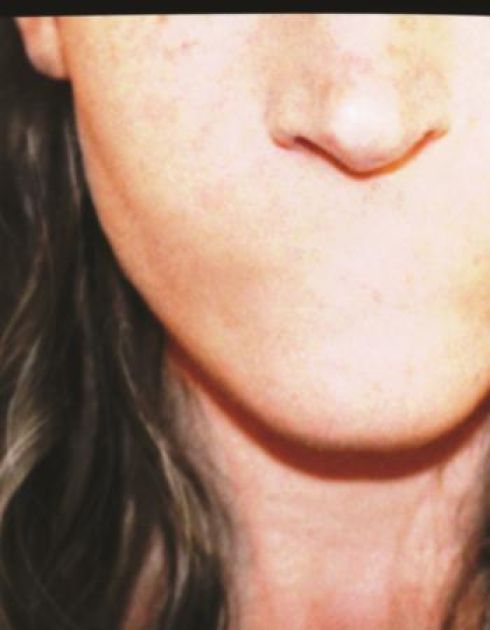 A Streetcar Named Desire
By Tennessee Williams, directed by Ethan McSweeny for the Gate Theatre.

Howie the Rookie
Written and directed by Mark O’Rowe for Landmark Productions.

The Threepenny Opera By Bertolt Brecht and Kurt Weill, directed by Wayne Jordan for the Gate Theatre. 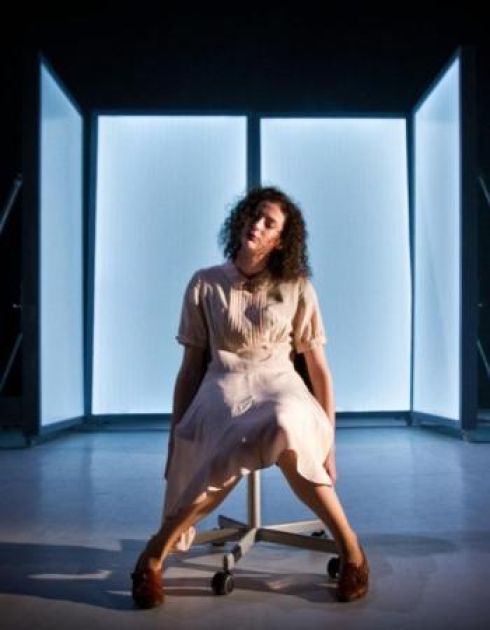 Lee Savage
For A Streetcar Named Desire, by Tennessee Williams, directed by Ethan McSweeny for the Gate Theatre.

Owen MacCarthaigh For A Skull in Connemara, by Martin McDonagh, directed by Andrew Flynn for Decadent Theatre Company.

Colm McNally
For Distance from the Event, by Eoghan Quinn, directed by Dan Colley for Collapsing Horse Theatre. 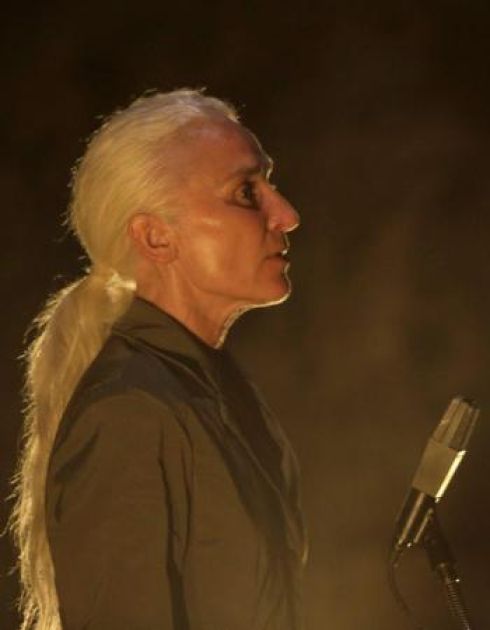 Philip Stewart
For An Enemy of the People, by Ibsen, adapted by Arthur Miller and directed by Wayne Jordan for the Gate Theatre.

Alma Kelliher
For Riverrun, directed by Olwen Fouéré and Kellie Hughes for the Emergency Room and Galway Arts Festival.

Adam Welsh
For Lippy, by Busk Moukarzel and Mark O’Halloran, directed by Ben Kidd and Bush Moukarzel for Dead Centre. 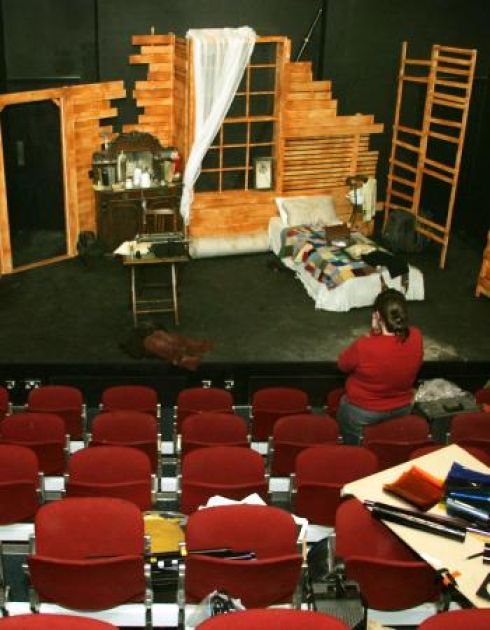 Carysfort Press
For its commitment to broadening theatre and performance scholarship and the publication of Irish plays.

New Theatre
In recognition of its commitment to providing a home for new work.

Decadent
For its enduring and dynamic commitment to creating theatre for touring nationally.

Anu Productions
To mark its work commemorating the Dublin Lockout, using the city as its set, and its reconfiguration of the audience as citizens. 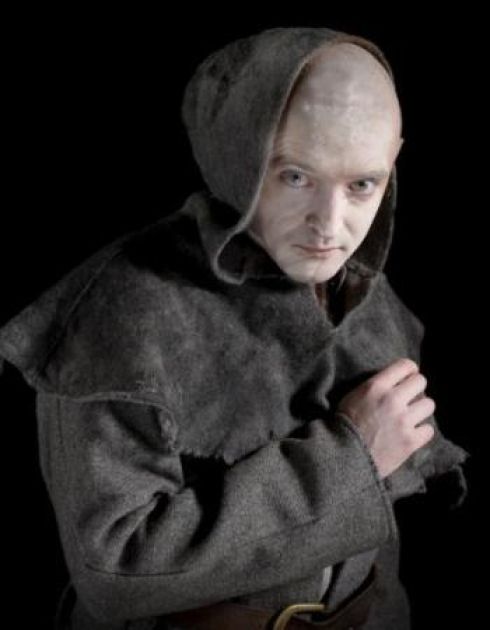 Tadhg Murphy
As Lucky in Waiting for Godot, by Samuel Beckett, directed by Judy Hegarty Lovett for the Gare St Lazare Players Ireland.

Denis Conway
As Mitch in A Streetcar Named Desire, by Tennessee Williams, directed by Ethan McSweeny for the Gate Theatre.

Sean O’Callaghan
As Ivan in The Seafarer, by Conor McPherson, directed by Rachel O’Riordan for Lyric Theatre and Perth Theatre.

Hugh O’Conor As Fool in King Lear, by Shakespeare, directed by Selina Cartmell for the Abbey Theatre. 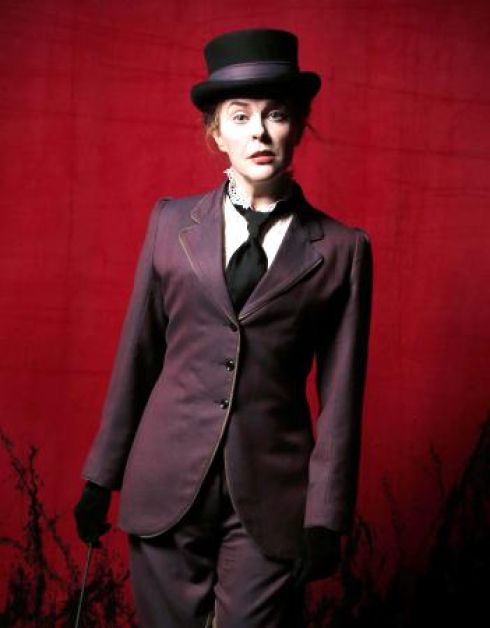 Aisling O’Sullivan
As Anne in The Colleen Bawn, by Dion Boucicault, directed by Garry Hynes for Druid Theatre.

Ruth McGill
As Lucy in The Threepenny Opera, by Bertolt Brecht and Kurt Weill, directed by Wayne Jordan for the Gate Theatre.

Fiona Bell
As Catherine in An Enemy of the People, in Arthur Miller’s adaptation of Ibsen, directed by Wayne Jordan for the Gate.

Catherine Walker
As Stella in A Streetcar Named Desire, directed by Ethan McSweeny for the Gate Theatre.

A Long Petal of the Sea: Characters take back seat in story stacked with historical detail
6