The 12 Points plan: a high-risk jazz venture where all acts are equal

The jazz festival – this year in Umea in Sweden – puts 12 new acts on stage with equal billing and charges just €20 for a ticket. The crowds are open-minded and the artists are wary of genre 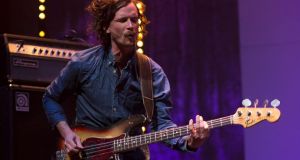 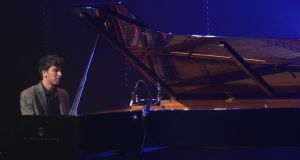 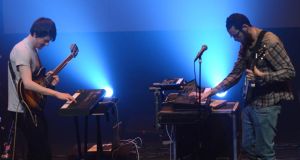 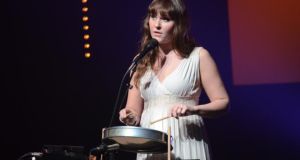 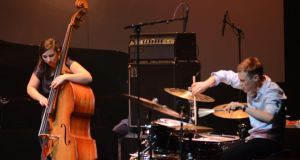 Umea is a music town. Metal monsters Meshuggah hail from this neat, low-rise city of 117,000, huddled on the jagged shoreline of the Gulf of Bothnia in northern Sweden. One of the city’s most popular attractions is the very rock’n’roll Guitars Museum.

This is also a university town, with the lowest average age of any town in Sweden. Its cultural facilities would make many larger cities blush and it is this year’s European Capital of Culture, along with Riga in Latvia. Up here, where the winter is long and the summer days seem to last forever, they like their music. But even for Umea, the arrival of a dozen daring young acts from across Europe represents a rare concentration of talent and creativity.

It can only be 12 Points, the peripatetic musical showcase with its finger on the grooving pulse of Europe’s new jazz. The festival, the brainchild of promoter and Lyric FM presenter Gerry Godley and his team at Dublin’s Improvised Music Company, has a unique proposition: there are no headliners; all 12 acts receive equal billing and stage time; the facilities are chosen to give young musicians a taste of the professional performance environment; all the participants – musicians, promoters, label bosses, journalists – are encouraged to stay for the entire festival, to make new friends and build new alliances; and, as if to make absolutely sure the festival never stands still, it alternates between Dublin and a new host city every year.


Generous audiences
Last year’s event in Dublin drew sell-out crowds to Temple Bar’s Project Arts Centre for four nights running. Indeed, in a festival that is unusual in many ways, the audiences it attracts make it unique. To buy a ticket when you know little or nothing about the acts performing is a leap of faith that belongs to a particularly open-minded crowd. As the 12 Points brand has gained credibility over the past eight years, so the audiences have become more generous with their ears.

“The historical model of the jazz festival is based on a pyramid, with headline artists and so on,” says Godley. And that’s still important to jazz music, because that’s where stars are created, and big audiences. I like to think of us as a feeder into those festivals. We’re like a mezzanine festival, helping these young artists to make the step up from their local scene to the wider European stage.”

This year’s 12 Points featured acts as diverse as Schnellertollermeier, an intricately raucous krautrock-inflected three-piece from the Swiss Alps, and Marcin Masecki, a classically trained pianist who deconstructs Scarlatti sonatas for fun.

“It’s a great platform to perform your music to see how it resonates,” says Masecki, whose fragmentation of 17th- century harpsichord music, like an ADHD prodigy practising for his next music lesson, draws warm applause from the room, “There’s a lot of love for music in the air.”

“I can see a kind of curiosity,” says Lennart Strömbäck, artistic director of the Umea Jazz Festival and a local fixer for this year’s 12 Points. “The audience are really curious about what’s going on here. They’ve never actually listened to a jazz musician from Austria or Switzerland before, so it’s interesting to see what happens. They can read the vibe in the room, and the presence of the other festival musicians creates a unique atmosphere.”

Dublin group Alarmist, this year’s Irish representatives, sound like they invented their own sub-genre in their garage for fun, and are about as far from conventional jazz as the 12 Points rubric allows.

“Everyone was listening very intently, which was exciting and terrifying at the same time,” says Osgar Dukes, one of the band’s two drummers, after they play a storming set on the closing night of the festival. “I don’t think we’ve ever played in an atmosphere like that before. We’re used to people drunkenly shouting at us.”

One of the reasons that 12 Points can attract such a broad-minded audience is the ticket price. Three bands for about €20 is a reasonable ask for international jazz, but Godley admits that the cost of putting that pair of ears in the room is at least four times that. The rest comes from the European Commission, the Arts Council, Culture Ireland, and a range of international partners such as Norway’s Vestnorsk Jazzsenter and the Goethe Institute. The running costs of this year’s festival are met as part of Umea’s European City of Culture designation. It’s the type of grand coalition that is necessary if you are going to present new music at this level. For Godley, the high risk is the whole point.

“These artists are at the beginning of their careers, and that means they don’t really have a huge amount of traction in the public eye. So it makes sense to treat everybody equally, and to actually put that at the heart of the proposition. To take a potential negative and make it a positive. To say to the audience, ‘Come and hear 12 young bands or soloists that are reflective of what’s happening around Europe’.”


The new jazz
If what is performed on the stage of the Norrlandsoperan Black Box over the three days of this year’s festival is jazz, it is often the jazz that dare not speak its name. Every musician I speak to has a different vision of jazz, and most are suspicious of being limited to any one genre or sub-genre.

A case in point are Lab Trio from Ghent in Belgium, this year’s most talked-about act. On the face of it, they look like a conventional piano trio, but when they start to play, it is clear that no one has told them about the conventions. The weight of the piano-trio tradition sits lightly on their young shoulders, and the group’s bassist, Anneleen Boehme, is quick to point out that they don’t see themselves as a piano trio anyway. “If Bram [De Looze, the band’s pianist] happened to play the steel drums, he’d still be in the band.” Their funky cover of the the old Flashdance favourite Maniac brings the house down and is a good example of the genre-blindness of Europe’s new jazz generation.

Lab Trio’s drummer, Lander Gyselnick, sees a disregard for the constrictions of genre as the defining characteristic of Europe’s new jazz. “That’s the way it’s going to evolve. You cannot avoid all the influences that these young musicians are feeling – that’s the new jazz. It’s too late to resist.”

The movie quiz: ‘Jaws’ appeared in how many James Bond films?
9

‘Ten of the best books set in Ireland’: Does the Guardian get it right?
10