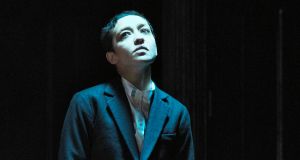 The Dublin venue’s new programme, with a theme of power and freedom, sees four in-house productions in the first half of 2020.

A new Australian version of Medea, by Kate Mulvany and Anne-Louise Sarks, has its Irish premiere from January 30th. A transformative take on a Greek classic, directed by Oonagh Murphy, it features Eileen Walsh in the title role.

The Irish playwright Nancy Harris has another premiere, Our New Girl (following the recent Gate-Druid coproduction of The Beacon). An unsettling modern family drama directed by Annabelle Comyn, it runs from February 27th.

The Irish premiere of The Little Foxes, written by the American playwright Lillian Hellman and directed by Blanche McIntyre, runs from March 26th.

Seán O’Casey’s The Shadow of a Gunman, directed by Louise Lowe, runs from May 14th.

The Gate Theatre’s production of Hamlet, featuring an American theatre debut for Negga, and directed by Yaël Farber with an Irish cast, will open at St Ann’s Warehouse in Brooklyn, in New York City, on February 1st, 2020.

Cartmell says: “This important new theme of power and freedom will see these stories brought to life on the Gate stage by four visionary theatre directors. I hope the staging of these important plays by four talented women can guide us towards being stronger and more courageous in our own lives. And I’m so proud that our astonishing Irish cast of Hamlet will open in New York in February.

“In Medea and Our New Girl we put children and young people front and centre on the Gate stage. In The Little Foxes and The Shadow of a Gunman these two classic plays are directed by innovative and brilliant young directors who will reimagine those stories for a 21st-century audience. We hope we have honoured both the power and the freedom of storytelling as we embark on the first six months of the new season.”