Fired from the canon: the fate of Irish female playwrights

There is a long list of women who wrote important plays for Irish stages but whose works have all but disappeared. They deserve a renaissance 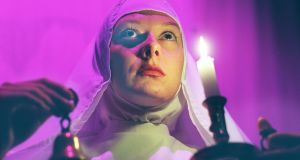 Cathy Belton in a 1998 production of Eclipsed 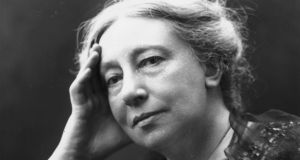 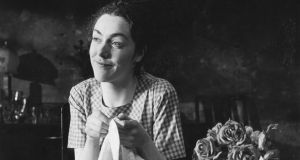 Derbhle Crotty in Katie Roche in 1994

In the foyer of the Gate Theatre on November 20th, the novelist Jennifer Johnston unveiled a bronze bust of Christine Longford, the most prolific writer at the theatre in its formative years.

Lady Longford wrote 18 plays for the theatre between 1931 and 1960, not including adaptations. There was a bio-drama about John Donne, a tragedy about the 1798 Rebellion, and many light comedies involving the misdemeanours of the middle class.

She was a key benefactor of the theatre until her death in 1980, saving it from ruin when her husband, Lord Longford, fell out with owners Hilton Edwards and Micheál Mac Liammóir. Still, you have probably never heard of her, and you will certainly never have seen a contemporary production of one of her plays.

Lady Longford is just one of dozens of female writers who wrote prodigiously for the stage in their own lifetime, but whose work has all but disappeared from the canon of 20th-century Irish drama. Lady Gregory, Eva Gore-Booth, Teresa Deevy, Alice Milligan, Dorothy Macardle, Suzanne Day, Geraldine Cummins – most of these were writing in the first decades of the last century, when feminism and nationalism had the goals of achieving equality for all citizens of Ireland; an independent Ireland was seen as key to enabling that vision.

After independence, however, women’s rights were effectively sacrificed for the sake of cultural stability.

Of course, the cultural conservatism of the period was not gender-specific: male and female artists found themselves subjected to the strict censorship of the time. However, by the time of the second renaissance of Irish drama in the 1960s, the voices heard on stage were almost exclusively male. As statistics compiled by the Irish Theatre Institute in response to the recent Waking the Feminists campaign show, as Ireland embraced modernity and moved towards the new millennium, the production of work by women at the Abbey and elsewhere plummeted.

It was not entirely surprising, then, that the Abbey Theatre’s commemorative programme for 1916 did not feature any plays by Irish women. The narrative of Irish literary theatre is patriarchal. It is a Playboy, a feckless Paycock, a raging Bull McCabe. It is Yeats, Synge, O’Casey, Friel, Murphy. It is the reformed alcoholic of Conor McPherson’s Dublin plays; the violent troubled youth of Mark O’Rowe’s monologues; the failed fathers of Enda Walsh’s mad universe. Many of these writers’ works centre on strong women, but there is an enormous difference between authorship and representation. It has been a long-held fallacy that the reason for the neglect of women playwrights comes down to a matter of scale: plays by men engage with big issues of national importance, while the dramatic sphere of women is personal and domestic. Even a cursory glance at the variety of plays written by women since the early 1900s immediately defeats this argument.

At the early Abbey Theatre, Lady Gregory – who wrote 28 plays for the theatre – was drawing from the same well of cultural nationalism as Yeats and Synge were: myth, history, rural Irish life.

Indeed, the foundational play of the Abbey, Cathleen Ní Houlihan – a theatrical manifesto of sorts – was co-written by Gregory, although its conception is still often credited to Yeats. Her play The Gaol Gate, in which two women converse with a prison guard seeking news of a loved one, foretells the fate of the 1916 leaders; the transformation of history into myth.

Her contemporaries – Maud Gonne, Alice Milligan Constance Markievicz and Eva Gore-Booth – were also writing and producing plays, both on an amateur scale and at the Abbey Theatre. These women were revolutionaries as well as artists. In art, as in life, they did not shy away from political expression or experimentation, rewriting Irish myth from an alternative perspective and providing a different model for revolution.

Even after Independence, female playwrights continued to examine the relationship between private life and the contemporary political and social landscape. Dorothy Macardle and Teresa Deevy, writing in the late 1920s and 1930s, were two of the most popular playwrights of the time.

Some of their plays examine social conditions for women; others speak more directly to the historical legacy of revolution. Deevy’s The Wild Goose, for example, charts the conversion of a young man from revolutionary to priest as he attempts to help his community overcome the oppression of the Penal Codes.

In the 1950s and 1960s, Mairéad Ní Ghráda exposed the impact of the culture of sexual repression on young women. The fact that she was writing in Irish rather than English allowed her to circumvent the conservative theatrical climate of the time. As the civil rights movement in Northern Ireland ignited at the end of the 1960s, meanwhile, it was female playwrights who best explored the impact of the Troubles upon ordinary communities: the works of Marie Jones, Anne Devlin and Christina Reid are some of the most important of the period.

Since the early 1990s, Irish women writing for the stage have not limited their imaginations either. Carmel Winters’ B For Baby takes on the taboo subject of sexuality and disability. Hilary Fannin’s Doldrum Bay laces undercurrents of paedophilia with a main plot strand that involves terminal illness. Elizabeth Kuti’s Treehouses unites three cross-continental stories of grief. Deirdre Kinahan has dealt with issues like ageing (Halycon Days), drug abuse (Bog Boy) and, most recently, suicide (Spinning).

It is difficult to keep track of the subject and style of work by contemporary women writers (Ursula Rani Sarma, Nancy Harris, Stella Feehily, Lisa Tierney-Keogh, among others) that is being produced abroad. Who knows what stories they have to add to the canon? Do their voices not deserve to be heard?

FIVE TO REVIVE: PLAYS BY WOMEN

Over the coming three years the research project will examine the work of female playwrights whose work was staged by the Abbey and Peacock Theatres during the last century.These include two women with strong Waterford connections, Teresa Deevy (1894-1963) and Una Troy (1910-1993).

The college will collaborate with Garter Lane Theatre to produce Teresa Deevy’s The Wife to James Whelan – which was rejected by the Abbey in 1937 – in October 2016, while WIT students plan to stage a reading of her Katie Roche in 2016. The school of humanities will host the NUI Maynooth Teresa Deevy exhibition in WIT as part of the Irish Society for Theatre Research conference in April 2016.