Allegations of sexual abuse rock the US world of Irish dancing 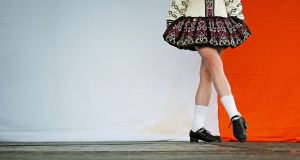 Vestiges of Irish culture can be seen everywhere in the United States, a country that wears its connections to Ireland with pride. From the St Patrick’s Day parades that take place each year, to the vibrant Irish centres across the country, cultural expressions of Irishness are an important part of Irish-American identity for millions of Americans.

Among these expressions is an active tradition of Irish dancing. Ireland’s native dance form travelled across the Atlantic with millions of Irish emigrants over the last few centuries. The success of Riverdance in 1994, led by American dancers Michael Flatley and Jean Butler, gave the tradition a new relevance, spawning renewed interest in the old art form.

Today, thousands of young Americans – not all Irish-Americans – compete in feiseanna, with many families spending thousands of dollars on the shoes, embroidered frocks, and wigs that have become synonymous with the dance.

According to one of the claims, the defendants 'failed to apply a rigorous and clearly defined method of vetting Teachers, Adjudicators, Employees and Volunteers'

But in recent weeks the American Irish Dancing community has been thrown into turmoil after allegations of sexual abuse have surfaced. Three civil lawsuits were filed in New Jersey this month alleging abuse by instructors, as reported by US-based website Irish Central.

According to court documents seen by The Irish Times, three individuals – two of whom were minors at the time of the alleged incidents – have filed charges in Bergen County Superior Court.

As well as the individual defendants, dance schools in the US are named in the lawsuits along with the Irish Dance Teachers’ Association of North America (IDTANA) and Coimisiún Le Rincí Gaelacha (CLRG), the Irish Dancing Commission headquartered in Dublin.

The CLRG – the largest Irish dancing governing body in the world – has thousands of teachers registered with the association, who are then accredited to teach students who go on to take part in competitions in the US and Ireland. Other regional branches of the IDTANA are also named in the suits. Manhattan law firm Meirowitz & Wasserberg is representing the plaintiffs.

According to one of the claims, the defendants “failed to apply a rigorous and clearly defined method of vetting Teachers, Adjudicators, Employees and Volunteers”. They also “failed to implement appropriate response procedure in relation to concerns, allegations, incidents and disclosures of alleged or suspected incidents of abuse.”

The lawsuit also alleges that the plaintiff “relied on the Defendants to provide a safe environment to instruct and compete in Irish Dance”.

Another lawsuit claims that the defendants were “made aware” that the accused used a social networking account to solicit sex with minors, but the defendants “failed to properly investigate or even turn over this information to authorities”.

On December 7th, the Irish Dance Teachers’ Association of North America issued a statement saying that the association would “fully co-operate with all appropriate authorities.” It said: “IDTANA’s main objective is to promote the culture generated by Irish dancing throughout North America.”

It notes that all IDTANA members must undergo vetting in order to register as a teacher or adjudicator. “IDTANA has in place a Child Protection Policy and is committed to child protection.”

The CLRG in Dublin has also announced it is carrying out a “comprehensive internal investigation”. In a statement to The Irish Times, the association says the allegations are “very upsetting. We are an organisation that values the well-being and safety of children and vulnerable individuals in our community.”

“CLRG is investigating these allegations and working with our legal team to determine the next steps. If these allegations are proven to be true through internal investigations and through legal channels, CLRG will not hesitate to respond accordingly and appropriately as it pertains to the eligibility for individuals to teach Irish Dancing under our organization. CLRG is committed to co-operate with investigative authorities as needed.”

The association states that it has strict child protection guidelines in place, as well as a screening programme to ensure that those who have been convicted of crimes cannot become registered teachers.

While the CLRG does not own or operate any dance schools, those who want to teach as a CLRG registrant must first go through a rigorous examination process, according to the organisation, which involves child protection education. They must also submit to an annual registration procedure which requires security checks that are processed through local authorities and approved vetting providers. CLRG says it uses vetting providers in North America, Europe, the UK and anywhere the organisation sanctions instructors.

However, a spokeswoman also notes that the recent allegations “are not the norm within our community”.

“The positive aspects of Irish dancing have seemingly been downplayed in the wake of the more sensational and shocking headlines on media blogs and in editorial pieces,” she said.

“While we take all complaints seriously, it’s also unfortunate that our art form has been painted in broad strokes and advertised as potentially unsafe. In practice, the Irish Dancing community is comprised of many integral and moral individuals who care very much for the care and protection of children through the celebration of culture and sport.”

In the US, however, there is some disquiet from parents who are demanding answers from the association. “Families have no vehicle to convey concerns or to get first-hand information about the allegations,” says one parent of an Irish dancing student in the US who wishes to remain anonymous. “Everything is self-regulated and self-governed. There is no clear, independent place or forum where a child can go if she or he feels bullied or abused.”

An Irish dancing teacher from the east of the US who spoke to The Irish Times says that, even before the abuse allegations emerged, there was growing concern among some members of the Irish dancing community about its increasing competitiveness as well as how the US branches interact with the CLRG.

“Irish dancing is a hugely popular and positive activity in lots of communities, but there have been lots of problems. People can be very egotistical and self-serving. The system whereby teachers judge each other’s dancers in competitions means that some teachers use their students as pawns to act out their feelings towards competing schools and teachers. Ultimately the kids suffer.”

The source also believes that the system of governance needs to be reformed. While accredited teachers in the US pay hundreds of dollars each year to CLRG in Dublin, only a select number of representatives travel to Dublin several times a year for meetings.

“CLRG representatives have a lot of power,” she says. “Most of them are really good, but there is no transparency. You are never really sure if they’re representing you to the board.”

The troubles facing the Irish dancing community in the US come just months before the 2020 World Irish Dancing Competition is due to take place in Dublin. The 50th world competition will take place in the Dublin Convention Centre in April. But already the run-up to the event has been overshadowed by controversy with some competitors claiming that the official accommodation offered to delegates, is priced higher than hotels in nearby areas. CLRG says it has listened to concerns about the cost, and a range of accommodations and apartments are available.

For Irish dancing in the US, it is a difficult time. But for many practitioners there, it is high time that the culture, organisation and hierarchies are reformed, so that the centuries-old tradition can continue to flourish.