Have you heard the one about the funniest joke in Edinburgh? 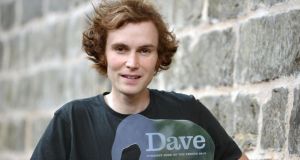 Comedian Rob Auton has won the award for best joke at this year’s Edinburgh Fringe Festival. The joke that won him the award was: “I heard a rumour that Cadbury is bringing out an oriental chocolate bar. Could be a Chinese Wispa.”

The 30-year-old English comedian won the public vote at festival, which is the largest arts festival in the world. He received almost quarter of the votes with the chocolate joke.

Mr Auton, who has been doing stand-up comedy since 2008, said: “I am honoured to receive this award and just pleased that a joke that tackles the serious issue of the invention of a new chocolate bar can be laughed at by the people of Britain.”

Last year’s funniest joke was from Stewart Francis, who said: “You know who really gives kids a bad name? Posh and Becks.”

In 2011, the best joke went to Nick Helm for his joke: “I needed a password eight characters long so I picked Snow White and the Seven Dwarves.”

The top ten jokes of the festival are:

1. Rob Auton – “I heard a rumour that Cadbury is bringing out an oriental chocolate bar. Could be a Chinese Wispa.”

2. Alex Horne – “I used to work in a shoe-recycling shop. It was sole-destroying.”

4. Tim Vine – “My friend told me he was going to a fancy dress party as an Italian island. I said to him ’Don’t be Sicily’.”

5. Gary Delaney – “I can give you the cause of anaphylactic shock in a nutshell.”

6. Phil Wang – “The Pope is a lot like Doctor Who. He never dies, just keeps being replaced by white men.”

7. Marcus Brigstocke – “You know you are fat when you hug a child and it gets lost.”

9. Bobby Mair – “I was adopted at birth and have never met my mum. That makes it very difficult to enjoy any lapdance.”

10. Chris Coltrane – “The good thing about lending someone your time machine is that you basically get it back immediately.”