Stan Douglas at Imma: Every picture reveals a thousand details

Imma is showing the work of the renowned Canadian photographer 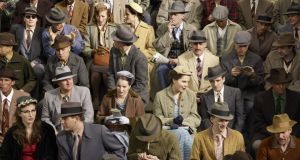 Stan Douglas has just been explaining the genesis of his photograph, Abbott and Cordova, 7 August 1971, which forms part of his exhibition Mise en Scène at the Irish Museum of Modern Art.

The photograph, printed very large, captures a moment after the police broke up a peaceful night-time demonstration in downtown Vancouver agitating for the legalisation of marijuana. I ask him what the budget was. He stops, looks back and reflects for a moment. “I think it was probably around $500,000, something like that.” We move on.

That’s a lot of money to put into the making of one photograph, you might think – quite rightly – but go see the work at Imma and you’ll get an idea of where the money went. The show is visually rich in a way that simply can’t be conveyed in reproduction. Douglas brings technology to bear to convey a heightened sense of reality. Underlying his entire approach is a conviction that a photographic image is, like any representation, a construct.

In Vancouver, the event Abbott and Cordova depicts became known as the Gastown riot of 1971. But the depiction was made in 2008. In fact everything in the picture is carefully restaged. Even the location is a purpose-built set, based on contemporary records. Douglas choreographed the several dozen people who feature in the image.

Move in close and you can make out an extraordinary level of detail: through multiple groups of people, every individual expression, every gesture, every texture is conveyed with seemingly infinite resolution. That’s because the single image we see is built up from many separate high- resolution images. It’s an ingenious construct. The scene was shot in segments and painstakingly melded into one impossibly precise view. As Douglas recalls, while the shoot took half a day, the build-up was protracted and the post-production took “about three months”.

What interested him about this relatively minor episode in Vancouver is that the “riot” represented a pivotal moment in the district’s history. “You had this population of workers, longshoremen, loggers, and the bars they frequented. Then the hippies discovered it and moved into vacant buildings. The police and elements of the city’s administration didn’t like that. After the trouble, though the police were reprimanded for over-reacting, the city zoned against anyone living in the area.”

That put a seal on the district’s prospects, he feels. The landmark Woodward’s department store, partly visible in the image, was already in decline, and it went bankrupt in 1993. Early this century the city acquired the building. It was demolished and the site redeveloped for mixed use, including social housing. The call went out for a public artwork to mark the redevelopment. Douglas put in his proposal and won the commission.

“I was quite surprised that the developer went for it,” he says. It was certainly brave on the part of the developer and the architect to highlight a controversial episode in the area’s history rather than go for something bland and decorative.

Now, as a 30ft by 50ft photomural, it’s prominently sited in the atrium of the new Woodward’s Building. It has had mixed, but mostly favourable, responses. 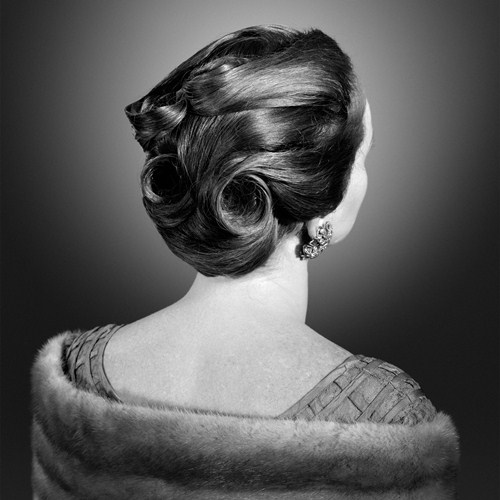 Douglas is tall and soft-spoken, and has an easy, assured manner. He is one of Canada’s leading contemporary artists and over the past 25 years or so his international reputation has soared.

He was born in Vancouver in 1960 and still lives and works there. A year in Berlin is the longest period he has spent abroad, although he is on the move a lot. Initially he was set on studying theatre. He has often acknowledged Samuel Beckett as an important influence, and one that predates his art education.

Before university, he set about mounting a production of Waiting for Godot. He smiles ruefully as he recalls the oddly appropriate outcome.

“I couldn’t get the guys to turn up for rehearsal. They just wouldn’t bother. So in the end I had to forget about it. Then I discovered that I could study art. I hadn’t known. And in doing art I wouldn’t be dependent on performers. I could just get on with it. Of course, as it turns out, I work with people quite a lot.”

As with Abbott and Cordova, he routinely works with large crews of technicians and performers. His manner of making a photograph is a bit like making a film or a TV production, except that the result is a single image. “There can be multiple stories in one frame,” he says.

But he has also made films (there’s a fairly recent one, Luanda Kinshasa, in the show) and he has conceived on a Wagnerian scale. His multimedia theatre work Helen Lawrence premiered last year and is a dizzying amalgam of live theatrical performance, film and installation centring on a phantasmagoric journey through Vancouver’s underworld in 1948.

His research into the post-war setting of Helen Lawrence fed into much of the work in Mise en Scène. The period appeals to him, he says, because historically it was a moment of possibility when, loosened by the exigencies of war, social structures seemed open to change.

“The war had taken people out of their usual roles,” he says. “Vancouver, like many other places, had a chance to reinvent itself”, before they normalised and tightened up again in the 1950s.

He is consistently drawn to the failure of utopian schemes, from the grand project of modernism to, more prosaically, the early days of disco. In his series of photographs Disco Angola he goes back to the early 1970s, paralleling the euphoric, multicultural arrival of disco in New York with Angola finally achieving independence from Portugal. Hopes for Angola’s future were dashed with a descent into a disastrous, decades-long civil war, fuelled by outside interests. “In both cases the utopian moments were subverted.”

Utopian moments involve the coexistence of heterogeneous social and cultural mixes, he feels, and pressures always manifest, or are mobilised, to fragment and polarise those mixes.

His Caribbean grandfather completed a sociology thesis in postwar Vancouver. It’s the inspiration for Douglas’s series of photographic portraits Malabar People. “Essentially, my grandfather made his local bar the subject of his thesis. I know, it was a great idea.”

It was, he says, a non-normative bar. “That is, everyone who was in some way or other non-white went there. White in this case is a very specific term: it had to do with class as well as race. So non-white included, say, Italian and . . . [he gives me a quizzical glance] Irish.”

Working from his grandfather’s thesis, he has reconstructed the habitués of the bar. These include customers, staff and others associated in any way with it. The portraits amount to a collective portrait of Vancouver’s postwar population, a population more nuanced, complex and diverse than any easy generalisation will allow.

Moving along, he pauses before another photograph, Olde Curio Shop. “Can you see anything odd about it?” he asks. It’s a crammed image of cluttered china and bric-a-brac, one of a series he has made about old shops and workshops.

“A friend of mine took me to it in Boston. What’s odd is that there is no dust. The guy spends all day cleaning, so all these thousands of objects are spotless.”

This photograph and its companion images are strangely compelling, almost overwhelming in their detailed precision. “For me, they are like looking into someone’s mind,” says Douglas. 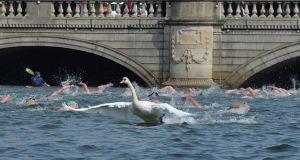