Niall Tóibín in his own words: ‘I’m not proud of being a Cork man, just grateful’ 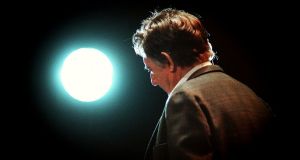 Tóibín had a gift for accents and married with observation, he created a comedy tour of Ireland by accent, as seen on the Late Late Show. Photograph: Matt Kavanagh/The Irish Times

Stage and screen actor Niall Tóibín’s work spanned straight and comic roles, and he was lauded for performances from his Brendan Behan interpretations to his solo comedy shows. He was also a great raconteur and an always-entertaining chat show guest.

Tóibín had a gift for accents (his Cavan accent was a delicious characterisation), and married with observation, he created a comedy tour of Ireland by accent, as seen on this Late Late Show appearance.

His own selection, from some of his live material and TV appearances, gives a flavour of his humour.

“Most of the material is my own, stolen from the plain people of Ireland, re-sprayed, re-moulded, re-bored and given false number plates.” 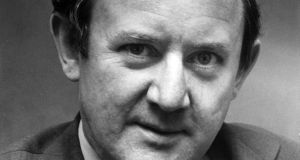 “I stopped drinking about 25 years ago due to a combination of medical and domestic pressures, let’s put it that way! A man said to me ‘was the drink giving you problems?’ and I said ‘Oh no! It wasn’t giving me problems, it was giving everybody else problems’.”

“I’m not proud of being a Cork man, just grateful.”

“I think there’s always going to be a market for storytellers. I think that when people go into a pub and someone starts telling a story, if it’s anyway interesting they’ll get an audience. It’s like the story someone told about Dublin pubs: you go in there, having a nice quiet drink, thinking your own thoughts and feeling very happy, and then a Dublin man comes in and decides to rescue you.”

“Ireland for many centuries was known as the island of saints and scholars and this is an image that has taken an awful walloppin’ in the last few years. Although we did have an upsurge of sainthood with the elevation of blessed Oliver Plunkett, which was a source of great personal satisfaction to me, because as a kid I used to bring in a penny a week to the nuns for his canonisation . . . And this is the only long shot I’ve ever brought off.”

“I’ve always got a lot of work . . . the older you get the less opposition you have. They’re all dying off and if you can live long enough you can get all the parts.”