Why should the taxpayer bail out RTÉ over orchestra mess?

RTÉ has all but destroyed the National Symphony Orchestra. Should the State rescue an orchestra not fit for purpose? 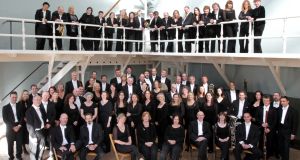 The RTÉ National Symphony Orchestra: The Boaden review has called on the Government take over responsibility for the orchestra.

One of the most important things to recognise about the recent Boaden review into RTÉ’s orchestras is that it is first and foremost a report about an RTÉ problem. This fact has been somewhat clouded by the review’s preferred solution, which is to transfer RTÉ’s problem to the outside world.

The review concentrates on just one viable solution: a financial intervention by the Government to establish the RTÉ National Symphony Orchestra as an independent national cultural institution. Its “second choice” is “the closure of one of the two orchestras”.

The main recommendation has been widely welcomed, by the RTÉ board, by the Government, by the public and by commentators, though not by the Musicians’ Union of Ireland or the RTÉ Trade Union Group.

No one yet knows exactly what is going to happen. Welcoming a recommendation in a review is a world away from doing anything significant in the real world.

In the normal course of events, the NSO would announce its 2018-19 concert season later this month. The brutality in the way RTÉ has been quietly dismembering the NSO means that the announcement about the coming season will likely be the next major indication of how the broadcaster sees the future of the orchestra playing out in the short term.

The situation is stark. Between posts left unfilled because of retirements and jobs that have been lost through redundancies, the orchestra’s core playing strength has already shrunk from 89 to 68. Over the coming months this number is expected to reduce further, into the mid-50s. Not exactly a good starting point for planning concerts for what is supposed to be a symphony orchestra.

There are sections of the Boaden review that are hard to read because, as an RTÉ-commissioned report, they come across as a kind of self-flagellation.

The review effectively chastises RTÉ for reducing the educational activity and touring of its two orchestras; for not having integrated the orchestras into its planning and strategy; for the “very limited” use of the orchestras by RTÉ television and radio; and for failing to deliver “a strong and distinctive artistic vision for the orchestras”.

Paragraph three of the review’s recommendations sums it all up very bluntly. “In forming a set of recommendations for the future governance and operation of the RTÉ orchestras,” it says, “we have had to accept that the status-quo arrangements have rendered neither the RTÉ NSO nor the RTÉ CO fit for purpose.”

This acknowledgement actually puts the recommendation for the Government to transform one of RTÉ’s orchestras into an independent or semi-independent orchestra in a very different light. The State is being asked out of the blue to take over responsibility for an orchestra that is no longer fit for purpose.

Does that make sense for the nation? Perhaps the question to ask is this: if the state is interested in funding the best possible national symphony orchestra that Ireland could expect or wish to have, is rescuing the remnant of the RTÉ NSO, which RTÉ has rendered not fit for purpose, the best place to start? I doubt it.

The Boaden review has carried out a classic stage magician’s ploy. What it’s done is in the area of misdirection. Or you could less-kindly regard it as an instance of bait and switch. The starting point is a consideration of the future of the RTÉ NSO and RTÉ CO in the light of RTÉ’s financial difficulties. The conclusion is about a major new national cultural institution in the area of music. The misdirection is in presenting the two as if they are of necessity in any way connected.

In the report they are, because RTÉ’s mismanagement of its orchestras has created a problem that the national broadcaster does not really seem to know how to – or even really want to – resolve by itself.

Given the downward trend in the station’s fortunes, what else might RTÉ come to want rescued on its behalf?

Much as it might like to ditch both of its orchestras (and a well-placed source has tried to convince me that is the case), that is not currently a realistic option. The real-world options are limited by the terms of the 2009 Broadcasting Act, which gives one of the objects of RTÉ as being “to establish and maintain orchestras, choirs and other cultural performing groups”. Even if it were to close down an orchestra rather than hive the NSO off, that option would be a major personnel and industrial relations challenge.

There’s an obvious moral hazard in the proposed rescue by Government. Given the downward trend in the station’s fortunes, what else might RTÉ come to want rescued on its behalf? And what other semi-state organisations might line up to avail of the precedent being set by the transfer of an existing responsibility from RTÉ to the State?

The Boaden review is also more than disingenuous in the way it sets up the “historical levels of staffing and activity” of the two orchestras as the most desirable alternative to the current not-fit-for-purpose scenario. By any reasonable standard the administrative staffing of the NSO has never been of a size to deliver on a genuinely national remit. The nature and size of the staff list of the geographically closest other national orchestra, the BBC National Orchestra of Wales, makes that perfectly clear.

The RTÉ NSO as we have known it has been destroyed by RTÉ. The Boaden review’s proposed solution would transfer not just a group of skilled musicians to any independently managed successor, but also a lot of problematic historic structures and practices. The most awkward question is whether it will be possible for anything like a clean-slate solution to be found if the Government rises to the bait presented by the Boaden review.

Eugène Delacroix: Reflections on a revolution in art
9