Who bit Beyoncé? Search on for culprit as mystery takes over social media

The incident, which allegedly took place at an LA party, has sent internet sleuths into a frenzy 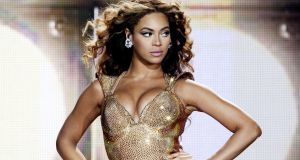 Actor Tiffany Haddish’s claim that she witnessed another actor biting singer Beyoncé on the face has sparked a social media hunt for the alleged culprit.

Haddish told GQ she met Beyoncé at a party in Los Angeles in December last year, which was was also attended by the singer’s musician husband, Jay-Z.

According to Haddish, the actor, whom she refused to name, was at the party “doing the mostest” before biting Beyoncé in the face. In an earlier version of the story , Haddish suggested that the actor was flirting with Jay-Z at the time, before Beyoncé intervened.

Haddish said that she later approached the pop-star about the incident.

When asked for comment, a representative for Beyoncé told GQ: “I absolutely cannot comment on any of this, as I have no knowledge.”

The episode, referred to as bite-gate, has sent internet sleuths into a frenzy, tweeting #WhoBitBeyonce and attempting to identify the culprit.

A party guest list compiled by magazine The Cut has thrown into the mix actors Sanaa Lathan and Sara Foster, who were in attendance alongside the likes of actor James Franco and rapper P Diddy.

Foster, who starred in the TV series 90210, responded to the allegations in an Instagram post, stating, “I wish I could get close enough to Beyoncé to bite her”.

Sanaa Lathan declared on Twitter that the only biting she would do to Beyoncé would be in the form of a love bite.

The TV presenter Chrissy Teigen also weighed in, tweeting: “I can only think of one person who would do this. But I cannot say. But she … is the worst”.

The speculation continues. And probably will for some time. – Guardian Service