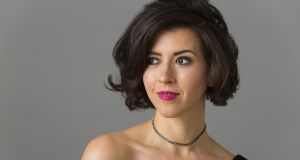 Wexford Festival Opera has pushed back this year’s planned 70th-anniversary programme till 2021, because of the coronavirus pandemic, and has instead unveiled a free, “reimagined” event online, Waiting for Shakespeare… The Festival in the Air, which will run for the eight days from October 11th to 18th.

The festival’s artistic director, Rosetta Cucchi, and chief executive, David McLoughlin, acknowledge the impact the postponement will have on “the community which founded the festival seven decades ago” but say they are “determined to leave no stone unturned to ensure the festival remains active, dynamic and fully prepared to welcome audiences back to Wexford to celebrate the festival’s 70th anniversary in 2021”.

The online festival, which borrows its name and its subject from Cucchi’s original plans, announced last November, for the physical 2020 event – her first as artistic director – hopes to attract an audience locally, nationally and internationally. It will open with Rossini’s Petite Messe Solennelle, dedicated to Covid-19 victims, and close with a live concert from the National Opera House featuring the American lyric coloratura soprano Lisette Oropesa, with the Wexford Festival Orchestra, conducted by Francesco Cilluffo.

Other events include a gala concert by some of the opera world’s top performers, most of whom performed in Wexford early in their careers, a dinner-time recital by the Irish soprano Celine Byrne and a new opera by Andrew Synnott, the festival’s artist-in-residence. There will also be daily (socially distanced) pop-up performances in Wexford town.

The festival says that the online event, harnessing “the spirit which enabled a small provincial town to create a world-renowned opera festival”, will still encompass ambitions Cucchi set out earlier this year, including nurturing the best young Irish singers through mentorship by world-renowned artists (including the tenor Juan Diego Flórez), in the inaugural Wexford Factory, a professional-development academy for young Irish and Ireland-based singers. They will also perform scenes from Verdi’s Falstaff from the National Opera House stage, streamed over six days.

Ticket holders will be contacted about refunds but are encouraged to consider donating all or part of them to support Wexford’s artistic mission, develop emerging talents and create this year’s online events.