Tributes paid after the death of composer Eric Sweeney 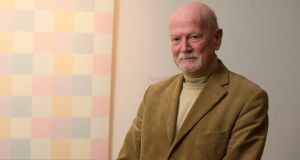 Tributes have been paid to composer Eric Sweeney who died aged 72 on Tuesday.

Speaking on Wednesday, Arts Council chairman Prof Kevin Rafter said he and his music would be “sorely missed”.

“Eric’s refined and distinctive personal musical voice has been a constant in a fascinating evolution of style throughout his long and productive compositional life,” he said.

“His contribution to music in Ireland as a composer, as a dynamic activist in music, and as an inspiring and encouraging teacher and mentor of young musicians and composers will be sorely missed, as will his gentle sincerity and wry humour.”

He was a freelance composer, organist and choral director based in Dublin, and spend a period as choral director at RTÉ from 1978 to 1981, before settling in Waterford where he was head of music at Waterford Institute of Technology from 1998 until his retirement in 2010.

He had previously lectured in Trinity College Dublin and the DIT Conservatory of Music.

He produced a large body of compositional work ranging from solo instrumental works to works for orchestra, including several concertos and two symphonies, as well as a substantial output of choral and vocal music.