Tenducci’s career and notoriety flourished in England and Ireland 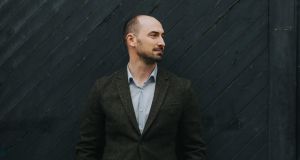 The Trials of Tenducci was the colourful title of the Irish Baroque Orchestra’s concert at the National Gallery on Friday. Peter Whelan conducted, and mezzo-soprano Tara Erraught sang in an unbroken 90-minute lunchtime celebration of one of the great celebrities of the 18th century, Giusto Fernando Tenducci.

Tenducci was born in Siena around 1735 and died in Genoa in 1790. He was a celebrated soprano castrato and also a composer, whose career and notoriety flourished in England and Ireland. His British career took off after he created the role of Cambises in Cocchi’s Il Ciro riconosciuto in 1759. His greatest early success seems to have been as Arbaces in Arne’s Artaxerxes in 1762, from which the air Water parted from the sea became popular enough to be parodied by street urchins in Dublin. In 1766 Tenducci sang in Giordani’s L’eroe cinese at Smock Alley, in a production that marked the first time an opera seria was performed in Ireland.

The effect of castratos’ singing in the 18th-century is documented in Smollett’s novel The Expedition of Humphry Clinker, through Liddy Melford’s description of an encounter in the Ranelagh pleasure gardens in London. “There I heard the famous Tenducci, a thing from Italy - It looks for all the world like a man, though they say it is not. The voice, to be sure, is neither man’s nor woman’s; but it is more melodious than either; and it warbled so divinely, that, while I listened, I really thought myself in paradise.”

Tenducci was lionised by high society, yet he also found himself more than once in a debtor’s prison in London. He was imprisoned in Ireland, too, after eloping with and marrying Dorothea Maunsell, a singing pupil of his who was the daughter of a Dublin barrister.

Although Dorothea’s age at the time has been reported as being between 14 and 16, her father was already arranging a marriage for her in Limerick. Tying the knot with Tenducci seemed to her to be the obvious escape.

A pamphlet titled A True and Genuine Narrative of Mr and Mrs Tenducci in a Letter to a Friend at Bath, giving A full Account, from their Marriage in Ireland, to the present Time was published in London in 1768. And a reply “By a Gentleman” was later published in Dublin as The Adventures of Mrs Tend, Being an impartial Answer to A Letter to her Friend.

The marriage eventually broke up, Dorothea fell in love with someone else, married again, and sought annulment of her marriage to Tenducci. This was a complicated undertaking, as first hand proof was required not only of the fact and effectiveness of Tenducci’s castration, but also evidence that it had been carried out before his marriage in 1766.

No less a figure than Giacomo Casanova wrote about his surprise at meeting Tenducci at Covent Garden where the castrato “surprised me by introducing me to his wife, of whom he had two children. He laughed at people who said that a castrato could not procreate. Nature had made him a monster that he might remain a man; he was born triorchis, and as only two of the seminal glands had been destroyed the remaining one was sufficient to endow him with virility.”

Later in his life Tenducci became a friend of one of Johann Sebastian Bach’s sons, the London-based Johann Christian Bach, and impressed Mozart who, in 1778, wrote a Scena for him.

The Irish Baroque Orchestra built their programme, which they have also recorded for issue on CD later in the year, around Tenducci’s musical connections with Arne, JC Bach, Giordani (who was the teacher of John Field), Van Maldere (credited as being the first composer to write symphonies in Dublin). and the oboist and composer Johann Christian Fischer, who performed with both Bach and Tenducci, and who wrote a set of variations on Gramachree Molly as the finale of an oboe concert.

Whelan and the IBO are lively guides to this repertoire, and Tara Erraught was a tower of strength in repertoire that took her way beyond a mezzo-soprano’s normal range - the Mozart/castrato connection was expressed through the virtuoso motet, Exsultate, jubilate.

The one connection that seems to have been completely missed is Tenducci’s connection with late 20th-century Irish music. Gerald Barry’s first opera, The Intelligence Park, first seen in London and Dublin in 1990, is set in 18th-century Dublin, and the plot (libretto by Vincent Deane) has a complex range of relationships and includes an elopement involving a castrato.

One of the opera’s best-known arias is actually titled Water Parted. Barry plundered material from the opera to use in a number of other works, including Triorchic Blues, which he wrote for the 1990 Dublin International Piano Competition. The opera’s castrato, Serafino, is clearly modelled on Tenducci.

Polyorchidism is, in the words of a scholarly paper, “a rare congenital anomaly of the male genitalia which refers to present an extra testicle; triorchidism is the commonest type.”

Like Bob Quinn’s Budawanny, Barry’s Triorchic Blues found a way of having people use words they might otherwise shy away from. And Casanova, I’m sure, would relish the fact that his otherwise uncorroborated castrato story still commands attention.