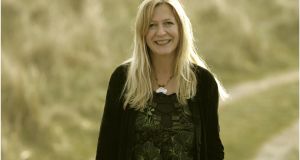 The 2017 TG4 Gradam Ceoil Awards follow the road less travelled, and this year’s recipients cast a light into traditional music’s beating heart, all the better to see it in all its multi-coloured glory.

Mairéad Ní Mhaonaigh, fiddler, singer, and founding member of Altan, is this year’s recipient of the Gradam Ceoil/Traditional Musician of the Year. As a solo performer, with Altan and with her family, Na Mooneys, Ní Mhaonaigh has always revelled in the tiny details of a tune or the well-deep emotion of a song. News of the Gradam Ceoil caught her off guard.

“I’m just so honoured to be put in such prestigious company [past recipients include Kevin Burke, Máirtín O’Connor, Harry Bradley and Mary Bergin]. When you’re a performer, you perform anyway, regardless of whether anyone’s listening to you, but it’s nice to get the recognition.”

Ní Mhaonaigh can recall a time when older musicians didn’t think anything of it to remark that she was lucky that her husband, the late Frankie Kennedy, “let” her play the fiddle. Now, she says she often joins sessions that are female-dominated.

“I’m so indebted to my father for encouraging me when I was younger, because I know a lot of men his age wouldn’t be encouraging women musicians. But he wanted us all to have music, because he loved playing music and I don’t think gender came into it at all.”

Gender does come into it though, as Ní Mhaonaigh reflects on her fiddle playing and singing.

“Sometimes the fiddle helps me to get the more energetic side of me out, whereas the voice goes into the more sensitive, feminine side of me. I play the fiddle like a man, in a way. There were no lady fiddle figures in Donegal so I had to blend in with the tradition I had, which was a male-dominated one, which I loved and still love.”

A fellow Donegal recipient is Traditional Singer of the Year Rita Gallagher, from Frosses. Gallagher’s reputation for choosing “big” songs along with tracks that are less well-known, mark her as a singer who’s never content to auto pilot her way through a session.

“I like some of the more challenging songs because as a musician, I’m drawn to the music or the tune of the song first,” Gallagher says. She is keenly aware of her role as a caretaker of songs, and the importance of handing them on to others in a healthy state. “It’s important to realise that songs change all the time. But they shouldn’t change out of all recognition. Of course, nobody should sing it exactly as they heard it from the person they learned it from: what would be the point of that? The great thing is that no two voices are the same. You could emulate someone very closely on an instrument but you can’t do that with singing.”

Flute player, author, archivist, founder member of the Castle Céilí Band in Howth, and raconteur without compare, Mick O’Connor is the recipient of this year’s Outstanding Contribution award. O’Connor has seen traditional music move from the margins to the centre, and to a place where it is embraced and played on a scale unimaginable in the 1950s and 1960s.

“It’s no longer confined to the back streets but is an integral part of Irish cultural life,” he says. “Traditional music is now in the mainstream of Irish life, very acceptable and attractive to younger people. It is in a healthy state, with music classes becoming increasingly accessible and with unprecedented numbers of learners. Traditional musicians are more appreciated and there’s an awareness and respect of the uniqueness of our native music and song.”

O’Connor is widely known for his infectious joie de vivre, his kindness to emerging musicians, and for his fostering of formidable musicianship among his own family, including his son, fiddle player Liam O’Connor.

“I am an eternal student of traditional music,” he says with characteristic modesty. “Growing up with [The Chieftains’] Seán and James Keane, who were child prodigies, I was always trying to assess what was going on, and analysing the structures and patterns, which was second nature to them. I am still trying to figure out what’s going on. The joy and excitement of meeting and playing with other musicians and singers continues to sustain me.”

Harpist and composer Michael Rooney, this year’s Composer of the Year, is another musician who feels he’s always on the journey, and never at the destination. He is the director of the National Folk Orchestra, and his prodigious output includes nine suites for harp, ensemble and orchestra. His most recent suite, Macalla, commemorating the centenary of the 1916 Rising, is a deeply complex work that embraces the intricacy of our identity.

As a deputy school principal, Rooney works in intensive bursts. “I find that the more pressure is on me to produce something, I seem to work better,” he says. “I’m a great believer in deadlines: they force you to make decisions and to get off the fence, so that you have to be happy to let the music out there.”

Like Mick O’Connor, Rooney has witnessed a sea change in the profile of his chosen instrument over the years. “The standard of harp-playing in Ireland is phenomenal today. There are large numbers of musicians both male and female playing, and the teaching of the harp is widespread throughout the country. Nowadays, you will find harpers throughout the country playing the best of Irish music just the same as any other instrument, which is fantastic. That was not the case 15 years ago.”

As for the X factor that keeps these musicians and singers continually evolving, the secret is simple, says Mairéad Ní Mhaonaigh.

“I think you just have to be true to yourself. Overnight success is not what it’s about. It’s not about expecting anything actually. It’s just about playing your music from your heart, and that can never die. I think integrity is very important. That you’re not looking for recognition – which I’m delighted to get – but if I didn’t get this Gradam Ceoil, I’d still be playing for the rest of my life, even if no one was listening to me. I get great satisfaction, great solace and great joy out of music. There’s a therapy for anybody in it.”

The Glass Hotel: a fragmented ghost story about the collapse of a Ponzi scheme
10