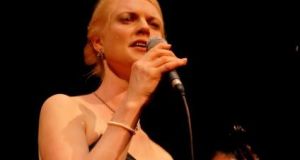 Emilie Conway will perform in the Ranelagh Arts Centre, Dublin, on Sunday 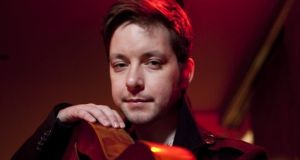 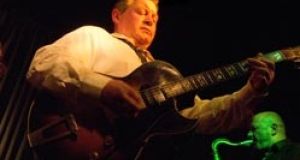 Norwegian-born guitarist Lage Lund is one of the rising stars of the New York scene, a fluent, sweetly melodic improviser with Jim Hall, Pat Metheny and Kurt Rosenwinkel flowing in his veins. Dublin-based Czech guitarist Peter Moc travelled to Brooklyn this time last year to record an album with Lund, and now Lund returns the favour, dropping in to play with a quartet that includes bassist Andrew Csibi and drummer Kevin Brady. Other guitarists will flock.

Adventurous ears with a taste for the liberating delights of free-improv are not exactly well served in Dublin, but thank God – or maybe it’s the devil – for Concrete Soup. Guitarist and reed-player Fergus Cullen assembles his para-psychadelic ¡NO! trio for another assault on the walls of convention this weekend, with percussionist Jamie Davis and bassist Damien Lennon, plus a DJ set from Concrete Soup DJs. Warning: may contain nuts.

Imaginative Dublin vocalist Emilie Conway shows a less than usual interest in roads less travelled and songs less sung. Previous projects have included a programme of little-known Alec Wilder songs and a celebration of the life and work of writer and social diarist Maeve Brennan, which Conway performed in the hip Cornelia St Café in New York. As Christmas approaches, Conway and her talented group, including mercurial pianist Johnny Taylor, run to somewhat safer ground with a winter jazz programme, but expect a few twists and turns along the way.

Nigel Mooney may be a fine guitarist and singer – an old-school swinger in the Grant Green mode, adored by dozens – but he is also one of the Dublin jazz scene’s great wits – and that’s up against pretty some stiff competition. Never one to miss an opportunity for levity, Mooney has applied his considerable talents to the festival season with a new Christmas album which includes the hilarious 21st Century Santa Claus Blues, a ribald tale of Santa gone bad. The perfect Christmas present for anyone who wants a Nigel Mooney album for Christmas.