Ten songs in the key of George Michael’s life

A selection of George Michael's biggest hits from his early days with Wham! to his successful solo career 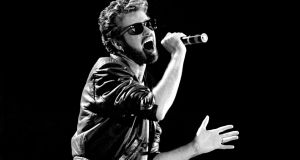 George Michael’s music illuminated the corners of his life that that even the tabloid press couldn’t reach. As with many artists with “privacy” issues, he used the medium of songwriting to confront, acknowledge and work through emotions and feelings. These are the songs in the key of his life

1. Careless Whisper (1984) The bridge song between Wham! and his solo career. Despite being one of his best known efforts he didn’t care much for the tune or lyrics. It was written when he was just 17 and travelling by bus to his then job as a DJ in a restaurant. “I remember getting the melody and sitting at the back of the bus putting words to it” he once said. The song is about two-timing his girlfriend but he always felt the lyrics were “flippant and not particularly good” and remained mystified by how a relatively poor song meant so much to so many people.

2. A Different Corner (1986) His first solo number one, this haunting and minimal ballad about unrequited love arguably provided the musical blueprint for his career. It’s about Michael falling in love for the very first time but his love going unanswered because of the obstacles of his fame, fortune and Pop star status. On the single’s sleeve, it reads “this record is dedicated to a memory”.

3. Faith (1987) From his debut solo album of the same name, the video to the song repositioned him as adult artist (shades, stubble, black leather jacket, jeans) in direct contrast to his previous multi-coloured shorts-wearing boy band persona. Musically referencing Bo Diddley, it was a grown-up rock ‘n’ roll song that helped propel the album to number one in many different countries.

4. I Knew You Were Waiting For Me (1987) It’s a very brave singer who stands in a vocal booth next to Aretha Franklin for a duet and a very nervous Michael does his level best to keep up here. Michael idolised Franklin and regarded this duet with her as one of the highlights of his career.

5. Somebody to Love (1992) Arguably the greatest live performance of his career, he sang this with Queen at the tribute concert to Freddie Mercury at Wembley Stadium in 1992. No one can out-Freddie Freddie but the Michael vocal here is sublime. Poignantly, he had just learnt that his Brazilian boyfriend was dying when he put in this performance.

6. Father Figure (1988) For many the song which saw Michael accepted as a serious artist. A shimmering ballad with a great vocal, it established his blue-eyed soul credentials and was one of his personal favourites.

7. Don’t Let The Sun Go Down On Me (1991) Michael had originally sung this Elton John song at the 1985 Live Aid concert but it wasn’t until a live recording of the song at a 1991 show was released that it became a massive hit on both sides of the Atlantic. It’s the purity of his vocal that elevates this song here.

8. Jesus To A Child (1996) In the early 1990’s Michael had his first meaningful relationship with a Brazilian man but kept his sexuality under wraps. Sadly, his lover, Anselmo Feleppa, was to die two years after they first met from an Aids-related condition. The pain of not being able to share his love and grief with the world bleeds all over this tender tribute to his boyfriend. Whenever Michael performed it live he would always dedicate it to Feleppa.

9. Outside (1998) Not his best work but an important song as it dealt with his arrest for an engaging in a “lewd sex act” 6 months previous to its release. Michael turned the tables on the prurient media coverage of his arrest by singing about the joys of alfresco sex while dressed in a policeman’s uniform and dancing in a public toilet. These days we’d call it “getting ahead of the story”.

10.Shoot The Dog (2002) Michael had grown up during the Thatcher era, an experience which made him a lifelong Labour supporter. This was his first overly political song, the lyrics were strongly critical about the relationship between George W Bush and Tony Blair and their involvement in the Iraq war.