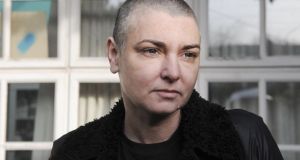 The words of an Irish teenager who was killed in the first World War have been put to music and turned into a song sung by Sinéad O’Connor.

Michael Wall was only 19 when he was killed, at the Battle of Messines, on June 7th, 1917, but in his short time at the front with the Royal Irish Regiment the second lieutenant had sent his family 90 letters. He wrote with wide-eyed horror about the terrors he witnessed, interspersing his accounts with humour and optimism wherever he could find them.

“Nothing was spared, nothing – and when done there was not one more yard left. We all just wish the war was over now. I’m quite sure we will finish off the Germans this year. Today I found a piece of shamrock. Who says it grows nowhere else but in our dear old Ireland?

“Each day I just thank God I’m still alive, but our losses are heavy. My nerves are nearly gone.”

His words, which form the basis of Tom Burke’s book Messines to Carrick Hill: Writing Home from the Great War, provide the inspiration for the title track of the EP One More Yard, which sung is by O’Connor, as well as being spoken by the actor Cillian Murphy. The all-star EP, which also features Imelda May, the Pink Floyd drummer Nick Mason, the Rolling Stones guitarist Ronnie Wood and the musician and U2 producer Brian Eno, has been put together by the biotech millionaire Chris Evans to mark the centenary of the armistice and to raise money for a cancer charity.

Evans, whose grandfather George Albert Evans joined the Royal Welsh Fusiliers at 16, and survived the war, began to read letters written by soldiers on the front line as the centenary of the armistice approached. He noticed their similarity to hundreds of letters he had read from cancer patients hopeful of biomedical advances: the sense of battling against overwhelming odds, the stoicism and the black humour.

Martial metaphors are common when people talk about cancer, he points out: patients bravely battle the disease; medical researchers join the fight against it – a task itself sometimes compared to the attrition of the first World War, with small gains coming only after agonising losses.

More than two billion pieces of mail were sent to and from British and Commonwealth servicemen and -women during the war. Evans decided to produce the CD after reading more than 30,000 of them, including about 2,000 from Irishmen who served at the front.

After the EP, some of those stories are set to feature on an accompanying album Evans intends to release in the spring.

One track will be based on the words of the Cork man John Lucy, whose book There’s a Devil in the Drum is a forgotten classic. “I read it in one setting,” Evans said. “It’s my number-one book about the first World War. It’s a fascinating read.”

Another Irish soldier whose writing is expected to feature is the poet and politician Thomas Kettle, who was killed at the Battle of the Somme in September 1916, and whose poem To My Daughter Betty, the Gift of God is among the best-known poems of the first World War.

The album will also feature the vivid letters of Leslie Bell, from Co Derry, who lied about his age and joined the Royal Inniskilling Fusiliers at 16. (He lived until he was 98.) Invalided out after surviving the first day of the Battle of the Somme, he wrote:

“I wouldn’t like to think that anybody would have to stand in the trenches again, with the sleet and snow and up to their knees in water, I wouldn’t like... any young person to have to come through that.”