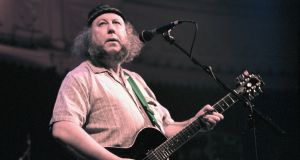 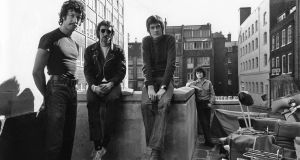 Fleetwood Mac co-founder Peter Green has died at the age of 73, statement from solicitors, acting on behalf of the family said. “It is with great sadness that the family of Peter Green announce his death this weekend, peacefully in his sleep. A further statement will be provided in the coming days.”

The influential blues rock guitarist, whose songs included Albatross, was born in London’s Bethnal Green into a Jewish family.

He formed Fleetwood Mac with drummer Mick Fleetwood in London in 1967, after a stint in John Mayall’s Bluesbreakers – filling in for Eric Clapton.

Green and Fleetwood wanted John McVie to join the group on bass, and named the band Fleetwood Mac to entice him – a strategy that was ultimately successful.

Under his direction, the band produced three albums and a series of well-loved tracks including Black Magic Woman, Man Of The World and Oh Well.

Green penned the instrumental Albatross, which remains Fleetwood Mac’s only UK number one single, hitting the top of the charts in January 1969. Carlos Santana’s 1970 version of Black Magic Woman, in which he added conga and timbales drums, became one of the Mexican-American’s biggest hits.

Green left Fleetwood Mac after a final performance in 1970 as he struggled with mental health difficulties and spiralling drug use, later sleeping rough.

He was eventually diagnosed with schizophrenia and spent time in hospitals undergoing electro-convulsive therapy during the mid-70s.

This phase gave rise to their huge albums Fleetwood Mac and Rumours.

Green remerged from obscurity on a number of occasions, forming the Peter Green Splinter Group in the late 1990s with Nigel Watson and Cozy Powell. They released nine albums between 1997 and 2004.

In a 1992 interview, Fleetwood described Green as “a major talent that to this day holds out”. He added: “I consider myself very lucky to have even played with him. Of course it upsets me but there’s nothing I can do about it. It’s his life. I haven’t seen him for years.”

Green was among the eight members – along with Fleetwood, Nicks, Buckingham, the McVies, Danny Kirwan and Jeremy Spencer – inducted into the Rock & Roll Hall of Fame in 1998.

Whitesnake’s David Coverdale said Green was an artist he “truly loved and admired”. He tweeted: “From the first time I heard him ... I supported the original Fleetwood Mac at Redcar Jazz Club when I was in a local band … He was a breathtaking singer, guitarist and composer... I know who I will be listening to today ... RIP.”

Musician Peter Frampton tweeted: “Most sadly have lost one of the most tasteful guitar players ever I have always been a huge admirer of the great Peter Green may he rest in peace.”

Slash, guitarist for rock band Guns N’ Roses, also paid tribute to Green, sharing a series of pictures of the late musician. He wrote in the caption: “RIP.”

Mumford and Sons guitarist Winston Marshall tweeted: “RIP Peter Green. #GOAT [greatest of all time]. Man of the world, oh well, albatross, need your love so bad. Some of my favourites songs and performances of all time. Thank you for the music.”

Yusuf/Cat Stevens tweeted: “God bless the ineffable Peter Green, one of the unsung heroes of musical integrity, innovation and spirit. When I heard he left Fleetwood Mac in 1970 to get a real life and donate his wealth to charity, he became something of a model for me.”