Nialler9's How Music Works: Do we need more Irish music on Irish radio?

Niall Byrne talks to Sinead Troy from the Irish Association of Songwriters, Composers and Artists (IASCA) about what's next for Irish music support on the airwaves 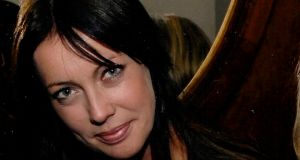 When we look at the reputation of countries such as Sweden, Canada, Iceland and Australia in exporting their music to the world, it seems clear that music from Ireland, despite its strong reputation for culture, has a long way to go in supporting it on the ground.

While the music industry contributes €473 million to the Irish economy, according to a recent IMRO-commissioned report, it also went on to say it's “struggling to meet its potential,” something which you don't have to tell the people involved in it.

One aspect in which Ireland seems to repeatedly let itself down is the consistent support for homegrown Irish talent on the radio, a boomerang topic that comes back every year. A quota that requires Irish stations to play 40 per cent of Irish music on air has been suggested over the years, as it was implemented in France over 20 years ago. That initiative here remains voluntary, but a quota doesn't take into account the practical commercial, licensing and listenership ramifications of such an implementation.

While TD Willie Penrose recently accused RTÉ of a “massive failing” in that regard, perhaps incremental changes in attitude and systems is the way to encourage support for emerging artists who have not yet broken abroad that will go beyond airplay for a small number of artists with international renown such asThe Script, Kodaline, U2 and Hozier.

IASCA (Irish Association of Songwriters, Composers and Artists) is a non-profit organisation set up to represent the interests of music writers and composers. It's run by Sinead Troy and Irish artist airplay is one of the issues the organisation is actively addressing.

“Our projects raise issues with Government departments, the Broadcasting Authority of Ireland (BAI), the radio community, and we actively campaign to improve these issues for our members,” Troy explains. To join IASCA, an artist must be a member of a collection society like IMRO. Membership is free.

Troy is entrenched in the issues around Irish music on radio and believes the problem is systemic.

“It's a cultural thing,” she says. “We've had years of looking for validation overseas, it's not just in music, but it's time we all got over it.”

“Access to radio playlists seems to be a real problem for Irish artists - its repeat plays that really build an artist's profile and fanbase, selling music and tickets and ultimately creating and sustaining jobs,” Troy says.

“There are artists that work right across the board, but we need to increase the amount of these artists.  The question for me is why it took bands like Delorentos, The Coronas and the Riptide Movement so long to get to the support at radio they now have, they’ve always been this good!”

IASCA does indeed advocate practical changes rather than sweeping institutional ones.

“Pointing the finger at the radio community has never worked,” she reasons. “We have to take some responsibility as a music industry.”

Troy says IASCA's role in changing radio perspectives is made more difficult by the the fact that there are less DJs and more talk shows on air, which means there is less opportunities for Irish artists.

One of the practical solutions IASCA has come up with to address the problem is a digital delivery system aimed at getting that independent Irish music directly to those who make the decisions about radio playlists, something which a lot of the major labels and larger independent labels already do.

“This system will highlight Irish music in a number of different ways to helps raise the profile of the quality of music Irish artists are producing right now,” expands Troy.

That delivery system is due to launch in the late summer but in the meantime, IASCA's other big initiative aims to export and promote Irish music abroad.

PlayIrish USA is an idea that came to Troy because she has two music-loving brothers in other sides of the world in Boston and Perth. PlayIrish is aimed at promoting the talent we have through large platforms like IrishCentral.com, which has 4 million unique visitors a month.

50 members of the Irish music media pick a track a month to represent Ireland that is promoted by that outlet.  A regularly-updated Spotify playlist currently featuring the likes of The Gloaming, Inni-K, Bitch Falcon, Spies and The Mighty Stef aids that discovery.

Back home though, IASCA still has a lot of work to do if it's going to influence attitudes and operations.

“There are DJs that are more supportive than others, some have their hands tied regarding what they can play (the day timers) others don't (the night timers). Who ties their hands? The station manager whose job it is to build the listenership which attracts the advertisers, I get that, it's a business. But we have a cultural obligation too, listeners are Irish, it's our country, why can't we work together to create more Hoziers, Christy Moores, Kodalines, Scripts, U2s, Glen Hansards? We can, we just have to want to.”

The Guyliner: Rebecca is my favourite novel, so why do I hate everyone in it?
8

Poem of the week: Aubade, by Amanda Bell
10